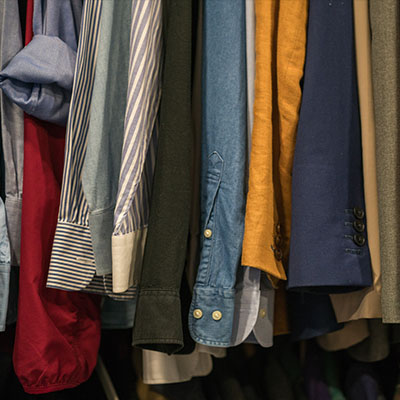 How do we square the mood of ethical consumption with the reality of the stock market?

As the British high street continues to gasp its way through 2019, fast fashion brand Boohoo, doubled its profit and now sits on a £2bn+ stock market valuation.

In its stratospheric rise, this retail giant has become a fable of millennial consumption: catering to the ‘aspirational thrift’ of young people who view the lifespan of their attire against the time it takes to photograph it.

It’s also a bellwether of the new just-in-time slowbalization, where brands are increasingly sourcing onshore to meet the rapid demand of disposable outfits. “Speed is our main USP”, as Boohoo founder commented in 2014, “and the UK is as quick as you can get.”

The return of onshoring plays well to the prosperous Brexit narrative – if little else does – which is perhaps why so little action has been taken on the reality of this model of supply.

In May last year, The FT asked readers an unpalatable question: ‘How is it possible to make cheap clothes in a country where the minimum wage for over-25s is £7.83 an hour?’. The answer is, of course, is at great human cost. Its expose revealed a ‘bizarre macroeconomy’ of 19th century labour conditions: ‘dark factory’ networks, doors behind doors, completely detached from employment law, high in hazard, negligent in pay, with no welfare, no transparency and no accountability.

The stark truth is that in the midst of mass automation, underpaid humans still come cheaper than high cost machines. Retailers blame unethical factory owners, who under record people’s working hours to balance the books; factory owners blame retailers, who routinely hold factories to ransom by undercutting them with even lower bidders. Ultimately though, retailers set the prices which set the margins. This abuse is an ‘open secret’, well known and even reported on by central and local government.

Alongside the human cost, meanwhile, millions of garments become landfill year on year, to sit like sediment in our earth; fabric particles poison sea life, and clothes production guzzle billions of liters of water (just one pair of jeans consumes 3,781L).

In the UK, where we consume more clothes than anyone else in Europe, we bear more blame than most.

Now, in a move to halt the environmental impact, MP’s are calling for a 1p tax for every garment sold to fund recycling. This falls short on two fronts. Firstly, recycling is not the solution. The cost of the recycling process has never been manageable, so we sent it to foreign shores. Now China has closed its doors, much of our well intentioned, carefully sorted scraps go in the ground anyway. In the long-term,  It does nothing to shift the mindset of mass consumption that creates and sustains this toxic cycle.

Secondly, it still fails entirely to address the human misery behind the numbers, making a mockery of Britain’s progressive stance against modern slavery.

The bigger truth is this: it begins and ends with consumers expecting – and conditioned to expect, by exactly the brands who now write such pious letters to their government – to buy clothes for the price of a drink; refusing to hold themselves to account about the economics behind such a disposable world.