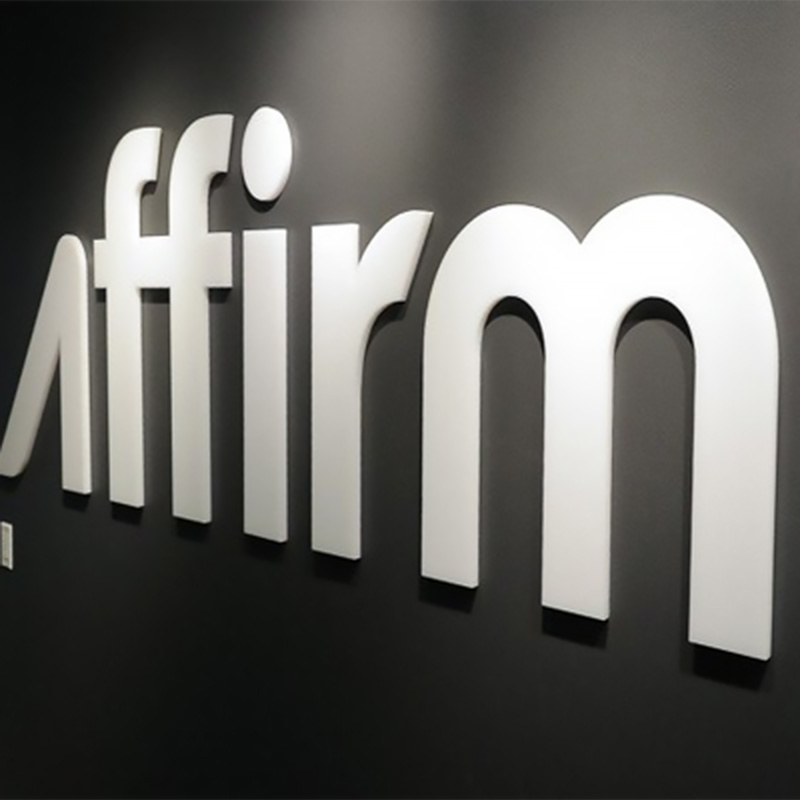 ‘Affirm claims to be a more transparent and honest, if not cheaper, line of credit for the underserved… the company says it approves 126 percent more borrowers than traditional lenders, based on soft credit pulls and an opaque mosaic of consumer information.

But the loans aren’t Affirm’s real product — they’re a means to building and perfecting a new underwriting system to determine consumer creditworthiness, powered by machine learning and your personal data.’

Christmas spending is upon us, and a new wave of transparency-focused, point-of-sale consumer lending is shaking up – and driving up – millennial spending. Leading this revolution – as explored by Susie Cagle in a fascinating feature in Racked last month – is Affirm: the consumer credit disruptor with heavyweight credentials. The brainchild of PayPal founders, ‘Affirm promises a clear-cut, premium consumer credit experience’ which partners with over 1,000 retailers to provide consumer loans with simple interest and consistent pay schedules at 10-30 percent APR.

Their goal is not to be the cheapest form of debt, but the most accessible, manageable and transparent: ‘an alternative to credit cards, one that is not likely to drown them in debt and interest fees.’ Since its 2012 set-up, it’s provided over a million loans, averaging around $750 a go. At 82, it’s net promoter score towers above the industry average of 50, and its founders sit on the Consumer Financial Protection Bureau board, which has no complaints lodged against it.

The much bigger innovation, however,  is the proprietary consumer risk-assessment scoring or underwriting system, which aims to ‘rewrite the definition of personal creditworthiness’ and open up lines of credit to the millions of underserved or sub-prime consumers (around 30% of Americans are unable to get a credit card) who are increasingly looking outside traditional finance systems. Built on anti-fraud behavioural models developed while its founders were still at PayPal, the algorithm is ‘based on 70,000 to 80,000 pieces of data describing each potential customer, including everything from the operating system on his phone to his social media presence’. Assessments are instant, payment schedules are agreed upfront, and there is no compounding interest.

But while its disruption of the credit system – which leaves millions vulnerable to the opaque terms and sky-high costs of payday lenders – is undoubtedly an important step to the provision of accessible, predictable and clear cut loans, its positioning as the people’s champion feels disingenuous to its critics, who observe that, while Affirm is being used for high cost investments that feasibly improve life chances – cars, or further education – it’s also used overwhelmingly to fuel spending on consumer goods: driving up sales by a staggering 75% for its merchants, and fuelling the burgeoning luxury resale market through direct partnership with companies like Tradesy.

The question then becomes: ‘is the company providing a tool for the poor and underserved who don’t even have $400 to cover an emergency, or an aspirational tool for people who want to buy $400 shoes on a whim?’

More seriously, for all its claims of transparency, as Cagle writes, ‘credit-scoring tools that integrate thousands of data points, most of which are collected without consumer knowledge, create serious problems of transparency’.

Like every data-based venture, Affirm’s end-game seeks to leverage its knowledge to find firmer footing in all our lives. ‘“Because we have designed our systems to understand our customers at an individual level, we are able to understand the personal needs of our customers in real time. As a result, we will have opportunities to help them in new, smart, and dynamic ways,” says Levchin. “We plan to have an active role in the new economy and reinventing credit is really just the beginning.”’

The age of forgetting