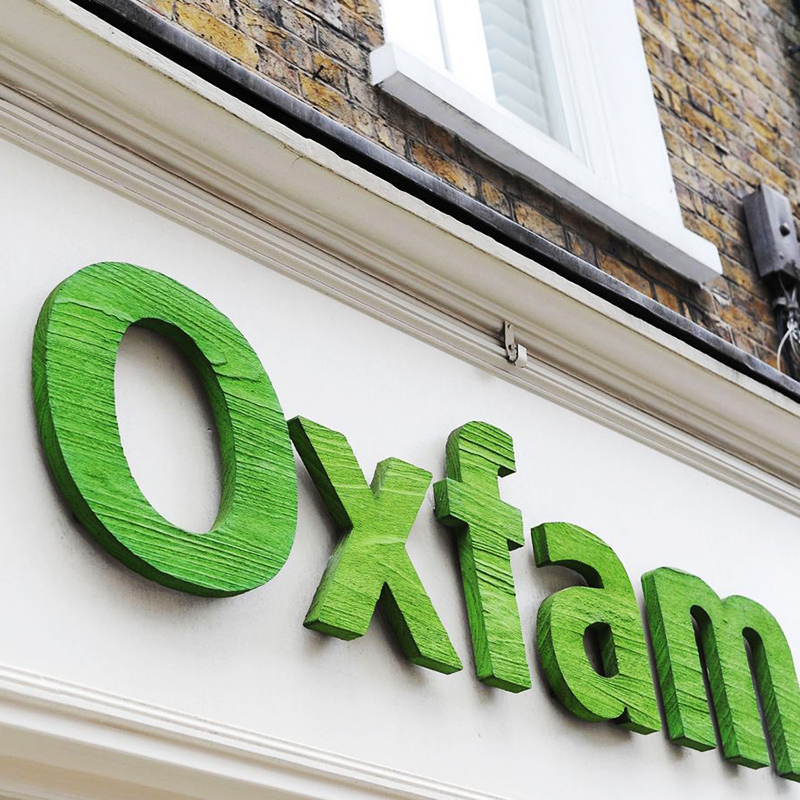 ‘In countries where aid agencies have a large and permanent presence, people who live in their shadow have been conditioned to believe these organisations are there to offer them help. For example, everyone in Accra, Ghana, knows where the Save the Children offices are; in Liberia, almost anyone can direct you to the headquarters of Médecins Sans Frontières. These organisations are visible, and flashy – with expensive, branded four-wheel drives, and offer locals the possibility of rare and lucrative permanent employment.’

If there was ever a moment to redefine our relationship with international aid, it is now. As a litany of long-overlooked abuses continue to roll in from our most significant charities – falling, as The Times reports, across ‘the whole spectrum’ of severity, in the world’s most war torn and vulnerable regions – we must acknowledge that there is no quarantine  that can cure this diseased philosophy of moralised giving.

This is not a question of isolated instances, rogue individuals, environmental pressures. It is the old story, the same story, of what happens when you build a system based on patronage, not empowerment; when you engrain ‘otherness’ into those you help by denying them the means and opportunities by which you yourself are able to give that help; when you put extraordinary power into the hands of a small few, however incorruptible the mission might seem (indeed, especially then).

Big Charity, for all its new emphasis on impact reporting and sustainability and empowerment, is still shaped by the dominant political and cultural narrative in which Big Charity can only exist as a wholly moral entity, free of the muddying influence of Big Business, or anything that resembles Big Business practices. It exists to hold out the benevolent hand that distributes the wealth of one world to the poor inhabitants of another. Its people must be good people, at all times – their moral character being their most important qualification in the world of aid as we have conceived it. And because abusive, greedy or manipulative people cannot exist within Big Charity, there is little in the way of robust systems to prevent or exorcise these unsavoury occurrences.

Big Charity is beholden to its mission, not its shareholders, so there is less need for transparent reporting systems or regulation – which is helpful, given the chaotic and unstable conditions they most often operate in; where deeds can be allowed to fall through cracks. Its impact, where measured, is always good, because it demonstrates moral intent, and because the aid-free alternative is always worse. Big Charity cannot muddy its hands with instruments of finance, or systems that appear to produce returns, because that would imperil its moral position as the anti-business.  And only an anti-business, trusted completely to determine, and act in, the best interest of those it serves, can be trusted with the most vulnerable people on earth – and with 0.7% GDP.

In commenting on the Oxfam scandal, Lady Stowell lays this narrative bare. As The Times reports: ‘Lady Stowell gave warning to leaders of aid charities that they must never put their corporate interests ahead of the beneficiaries whose benefit they served, saying that it was bad enough when bankers acted in this way but when aid workers and charity bosses were self-interested it was far worse.

“It is vital for all of you to understand that however noble your cause it does not provide immunity from those basic expectations. No cause, however noble, can provide a licence to justify unacceptable means.”’

Here lies the root of the issue. Big Charity exists to be effective – not to be moral. Any morality it can claim will only come from the systems of sustained empowerment by which it strengthens the vulnerable, generation by generation.

The deceit of this confusion – and the hypocrisy we sustain as as a nation and as policymakers in continuing to peddle it – is the reason why our aid-giving institutions, as they are currently conceived, will only ever be equipped to perpetuate dependency– however good the intent. It is the reason why we still cannot shake the colonial shackles that render countless initiatives worse than useless; and it is the reason why abuse has been rampant in this vital sector, tarnishing us with the very worst sort of betrayal.

We do not need an aid industry. We need a nation-building industry that creates sustainable opportunity for all: focused on empowering institutions, empowering investment and capital markets, and empowering infrastructure. We need a new narrative that breaks down our old dichotomies, recognising instead that these things – and the compound benefits of improved health and education systems – flow from the positive effects of business. The wealth of the UK’s private sector expertise must be harnessed by our government to drive this change, helping London to step forward and take its place as the global capital of international development.