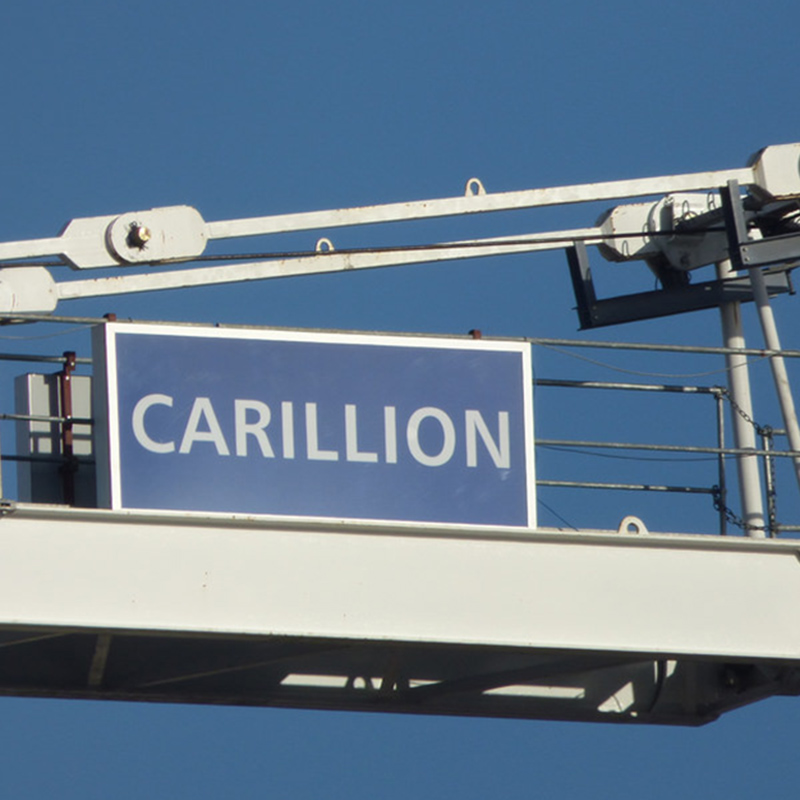 ‘Almost all the work that Carillion won was outsourced to subcontractors, who would often sub-subcontract it in turn. The platoons of small firms that did most of Carillion’s work will thus be most affected by its demise. Rudi Klein, head of the Specialist Engineering Contractors’ Group, representing thousands of engineering firms, estimates that Carillion owed about £2bn to 30,000 or so firms. That does not include the unknown cost of retentions, the cash that Carillion was holding back until companies had finished the job. Many will never get their money, damaging Britain’s slender supply chain.’

No one can see the future. Not Carillion’s beleaguered executives, who, as The Economist reports, tweaked the terms of their remuneration shortly before its total collapse to protect their healthy pay packets in the event of liquidation. Certainly not the government officials who awarded the business £2bn in public money in the months after its three profit warnings, its £845m writedown, its soaring debt – secured from increasingly complex and opaque loan structures – and its gaping pensions deficit emerged.

No one can see the future. Except, of course, those who make it their business to look closely: the hedge funds – among them BlackRock – whose dramatic shorting of Carillion shares since long before its profit warnings (over 25% of all Carillion shares were shorted at one point in the summer) was rewarded accordingly last year when its share price tumbled by 90%.

The irony of this modern day free-market fable, in which public services are outsourced under the guise of risk-wicking private partnerships is of course that the forces of competition do indeed drive handsome gains – for those who understand the game; the risks are indeed off-set – for those who write the rules. It’s the public, and the employees, and the 30,000 small businesses servicing this flimsy behemoth who are left as the sore losers: businesses that constitute Britain’s already slender supply chain – who should be the entrepreneurial lifeblood of Britain’s post-Brexit economy – and have already been pushed to breaking point by 120-day payment terms. That the government turned a blind eye to these abuses – despite a letter from the Federation of Small Businesses complaining of its practices – is just another point on a long list of unsavoury indictments.

Because this is, undoubtedly, a joint act of wishful thinking, in a model that’s endemic to the outsourcing industry as a whole: pitching for too much work at recklessly low margins, set by government procurement processes that select on cost, not value.

And so we must ask, post-G4S, post-Grenfell, post-Southern Cross, post-Carillion: what is the purpose of these sprawling entities that consistently fail to shore up risk? Private sector principles should be embraced to improve efficiency and innovation. Business should partner with government to support our most essential public services. Renationalisation is not the answer. But the desperate desire for ‘off-the-books’, no-questions-asked outsourcing that drives arrangements like Private Finance Initiatives – now thought to have cost the government over £300bn, and five times the original cost of the assets involved – is a sign of three things that must be remedied.

Firstly, the desperate short-term motivation – to reduce public debt – that are allowed by all in power to drive crucial spending decisions regardless of far steeper long-term losses. Secondly, a dearth of private sector expertise within government itself, leaving it prey to the loopholes and small-print of industry heavyweights it is no match for once the truth of the situation is revealed. Thirdly, a rampant lack of accountability at the heart of PFI’s design, which reveals the fundamental fallacy behind this type of initiative: private sector solutions are not inherently low-risk without the proper checks and measures. The nature of the beast means they are subject to the same inefficiency, complexity, corruption – and this must be addressed, quickly, as The Observer argues, with an independent, sector-savvy risk auditor whose long-term outlook would properly assess the value of any contract awarded.

Bottom line: there is no alchemy to the plug the funding hole in public services. There is no free-market quick fix. There is only value, and the correct management of long-term risk. Pretending otherwise is to put systemic risk at the heart of our infrastructure, fuelled by delusion: the willingness to see a papier mache cast as a strong working limb, and ignore the devastating break behind it.