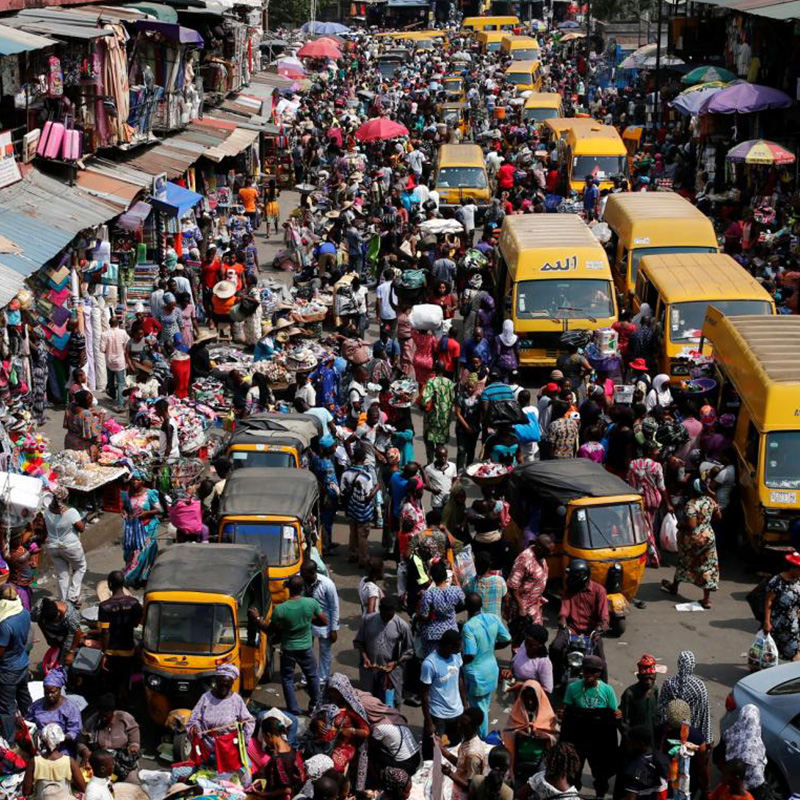 ‘If they get people out of extreme poverty, they get child survival working, child labour not needed, rights for women, contraception available, they’ll get two-child families. It can happen quickly in Nigeria. Then the next benefit kicks in. They can get better jobs, better education, they will attract more investment from outside.

… Big business never thought they would invest in China in the 50s.’

Gapminder founder Hans Rosling spent much of his remarkable career as a global health educator resisting the label ‘optimist’. His life’s work was the use of data to ‘fight devastating misconceptions about global development’. He denied our innate ‘craving for drama’ – the ‘extraordinary stories’ we tell that ‘pile up in people’s minds’ – most especially those of the world’s leaders and policy makers – into an overdramatic world view and strong negative stress’ – and, critically, ‘bad focus and bad decisions’.

In fact, as he tirelessly demonstrated, the first truly reliable data to exist for almost every aspect of global development tells a very different story: ‘a world where most things improve… which doesn’t mean it’s perfect’.

Since his death in February, his vision and humanism have been sorely missed, but his legacy continues to lead the issues reshaping global fault lines – as showcased in last month’s exceptional Radio 4 series Economic Tectonics. The episode on demographics summarises perfectly the tidal shifts underway.

We begin in Nigeria, where 40% of inhabitants are under 15 and its roughly 200m strong population is still too populous by far to unlock the ‘demographic dividend’ of the two-child average that fuels prosperity booms; where its youth flock by thousands a week to the fragile megacity of Lagos, only to hawk tat on roadsides and drive taxi cabs.

Then to India, the nation soon to be the world’s biggest population and economy, where the optimism of upward mobility is tangible in the streets of Mumbai – but fewer women work than in comparable countries, and female illiteracy and financial disenfranchisement are rife. Yet if gender equality gains traction, India is set to unlock the biggest slice of the estimated $12trn represented by untapped female labour – pushing India ahead more dramatically than any other nation in the global race.

Next, to the ‘Old West’, where Germany and Japan are waning and ageing; where, by 2050, the USA will increase its over 65’s  population by 100%; and, most extraordinarily of all, the UK will see its 12,000 centenarians grow to 500,000 – rising to a staggering 1m by the end of the century, according to Dr Sarah Harper of the Oxford Institute of Population Ageing.

In the midst of these overwhelming currents, hope should not be lost. As Rosling reminds us, demographic balance can be found with relative rapidity – but it must go hand in hand with the rise of women’s rights, economic freedom and entry to the workforce (a trend that positively correlates to every measurement for child wellbeing, shoring up the outcomes of the next generation).

The elderly can and must be unleashed as an entrepreneurial force in our economies as health extends high quality life – a stance that is appallingly absent from our UK Election conversation – and automation will continue to reframe the world of work. Immigrants, still only 3% of the global population, can feasibly be moved up the economic value stack, working more productively for their adopted nations, if they have better integration into higher quality working environments.

A fortifying thought from the Rosling to close: in the grand scheme, ‘[t]hings have never been less bad’.