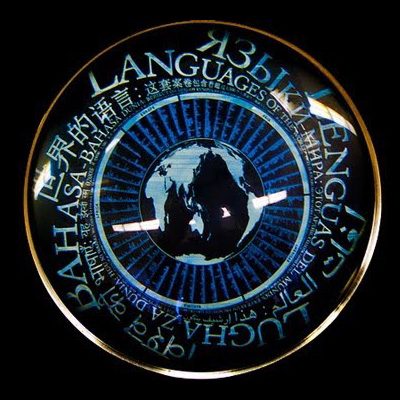 ‘As Hannah Arendt wrote in her 1951 book The Origins of Totalitarianism, “The ideal subject of totalitarian rule is not the convinced Nazi or the convinced communist, but people for whom the distinction between fact and fiction (ie the reality of experience) and the distinction between true and false (ie the standards of thought) no longer exist.”’

Truth is a precious thing. Not simply my truth or yours; my subjective testimony pitched against another’s. To find equilibrium, we rely on a sense of objective truth and those who represent it:  people who seek the facts of the day from the most informed, unbiased and expert sources, represent them honestly, and act upon them in the interests of the greater good.

Historians of truth will tell us that we are now in the era of ‘truth decay’: in the eye of a storm which has been building for a century, devastating one system of Truth after another – God, King and Country, Good and Bad, Right and Wrong, Communism, Socialism, Capitalism – as it worked its way through the years.  As we discern how it came to be that we can no longer tell what we know, it occurs to us that the the 20th Century’s biggest legacy is not its extraordinary technological leaps or the guts it ripped from generations or the multilateral institutions it birthed. It is the destruction of Fact, and the rise of a new world order: one where all truths are partial, all voices are credible, and all experience is valid. This has allowed a fairer discourse to take place – but it also created a world ripe for exploitation.

Many leaders today have no truck with truth. Donald Trump lies so prolifically and frenetically it is almost impossible to track, though early estimates from the Washington Post found his first year in office to have peddled 2,140 false claims. But this project has been underway for some time. Bill Clinton, testifying about the Lewinsky affair, said the truth “depends on what the meaning of the word ‘is’ is”. Indeed, the modern political playbook comes straight from the 1960’s ‘Tobacco Strategy’ of pedalled doubt, contradiction and misdirection (‘“Doubt is our product,” read an infamous memo  by a 1969 tobacco industry executive, “since it is the best means of competing with the ‘body of fact’ that exists in the minds of the general public.”).

Doubt also afflicts the institutions we rely on for interpretation. In the name of ‘balance’, the embattled BBC – struggling, as this piece explores, to play its proper part in this fragmenting backdrop – has given considerable airtime to climate change deniers, Brexit-boom predictors and Russian puppets, wedged in to 2-minutes soundbites without scrutiny or challenge.

Without agreed facts, woven into a shared sense of truth, there can be no community, no co-operation, no leadership and no progress – and we are all, as Arendt foresaw, the sitting ducks of calamity. So where to turn?

When blinded by the glare of our immediate vicinity, sight is restored by refocusing our gaze on a distant horizon.  Long term thinking helps us see a different kind of truth: not the fraught facts of the day but the shape of tomorrow. There are a growing number of institutions to help us in this effort.

One is The Long Now Foundation, established to be ‘a very long-term cultural institution’. In redefining the present moment from today to millenia, it offers us ‘a counterpoint to today’s accelerating culture’ and hopes to ‘help make long-term thinking more common’. Its work recognises that only by looking past the present moment can we take meaningful action and envision alternative futures. It is no coincidence that many of its Long Now Seminars (all freely available as podcasts) engage the great novelists of our time, whose work provides a lens on life’s deeper truths. See The Long Now’s illuminating conversation with Ian McEwan on the nuanced implications of AI.