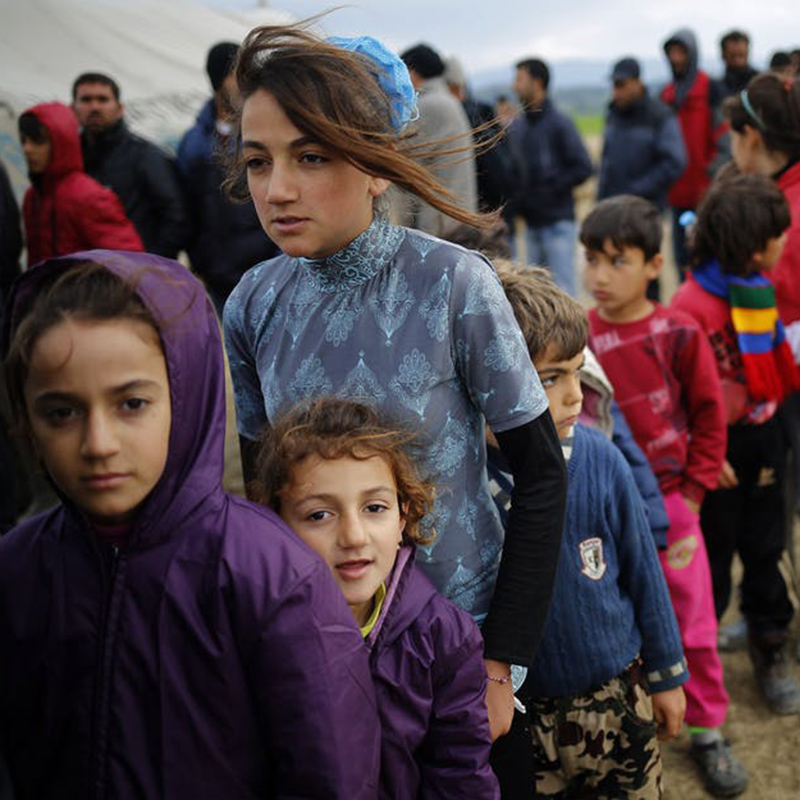 ‘In the rational pursuit of security objectives, you don’t marginalize your expert security agencies and fail to vet your ideas through a normal interagency process. You don’t target the wrong people in nutty ways when you’re rationally pursuing real security objectives.

When do you do these things? You do these things when you’re elevating the symbolic politics of bashing Islam over any actual security interest. You do them when you’ve made a deliberate decision to burden human lives to make a public point. In other words, this is not a document that will cause hardship and misery because of regrettable incidental impacts on people injured in the pursuit of a public good. It will cause hardship and misery for tens or hundreds of thousands of people because that is precisely what it is intended to do.’

On the day of the Executive Order on visas and refugees, Benjamin Wittes – Editor-in-Chief of respected policy blog Lawfare and Brookings Institute Fellow – penned a scorching piece on the confounding nature of the ban, ‘the malevolence of [which] is mitigated chiefly—and perhaps only—by the astonishing incompetence of its drafting and construction’.

The reality, as laid out by Lawfare, is this: it will not achieve its stated aim of improving American security. When considering all terrorism offenses—over 82 percent are by American citizens, of which 76 percent were born in the USA. In total, since January 1, 2015, the FBI has arrested two refugees from countries on Trump’s list.

The frontiers of terrorism are no longer the borders we can police. It won’t be solved through visa vetting. As journalist Nancy Updike observes, ‘ISIS propaganda doesn’t need a visa. It doesn’t need a plane. It’s here. And to crack down right now on refugees… people who’ve been through our vetting process, to make that the focus, as if not much has really changed with our visa process since 9/11… doesn’t address the biggest part of the problem right now.’

Not only are refugees rigorously vetted, in a process that takes anywhere between 3 and 10 years, the refugees on the 7 country ban list are also disproportionately more likely to be Christian, and families; they are likely to be educated, and able to contribute actively to society.

In dealing with this new theatre of politics, in which sweeping symbols of bigotry blast meaningful policy and rupture the foundations of constitution – cynically, and deliberately, regardless of facts or expertise or human cost – what is to be done by the global community?

The majority of the world’s 65 million refugees are sheltered by the world’s poorest nations. As the UNHCR reports, ‘In the first two weeks of  November alone, more than 44,000 refugees from South Sudan arrived in Uganda. That’s more refugees than have arrived in Britain all year’

Of the very few states that participate in refugee resettlement programmes, the USA has consistently resettled more refugees than any other country in the world. Closing its doors will have unimaginable repercussions for this already fragile eco-system of sanctuary.

In 2016, the EU collectively resettled fewer than 11, 000 refugees; the US resettled 97, 000. Refugees during 2016 were overwhelmingly Syrian; of an estimated 4 million Syrian refugees, Britain accepted just 216; the USA accepted 1, 500. Even accounting for differences in size and economy, the figures are stark.

In the midst of an asylum crisis – between 1.1 and 1.4 million asylum seekers were accepted into the EU in 2016 – and in Brexit Britain, riven by the issue of migration above all else, the suggestion that we must resettle more refugees is an explosive one. But do more we must.

“There’s a state of panic in Britain over the issue of migration,” Franck Duvell, a senior researcher at the University of Oxford’s Center on Migration, Policy and Society, observed in 2015. “And it’s being fed by high levels of misinformation.” When Britain first opened its door to Syrian refugees in October 2015 under the Vulnerable Persons Resettlement Scheme, until March 2016, fully 80% of councils failed to accept a single Syrian.

Though the UK government has committed to accept 20, 000 Syrian refugees by 2020, Oxfam calculated Britain’s “fair share” of Syrian refugees – based on size and economy – to be 25,067 by the end of 2016 alone. When refugees do arrive here, they are often house in squalid conditions for months at a time, met with the anger of locals concerned about tourism and crime.

There is a dangerously straight line between the Perception Politics that fuels the anti-immigration sentiment – and accordingly, the welcome we extend to those in need – in today’s Brexit Britain and the gross gestural governance of Trump’s administration.

As essayist Mark Mazower observes, ‘Refugees, economic migrants, displaced persons: ours is a world of bureaucratic categories that carry life-or-death implications, and we have become accustomed to making fine and frequently unsustainable distinctions’. In the days and weeks that follow, our leaders must counter this ban with a clear heads, long-sightedness and compassion: in the full understanding that refugees are vital to ageing economies and active social contributors – with many studies now concluding they improve national mobility and employment – refusing to cave to the misinformation and fear that continues to carve its ugly path around America’s borders.