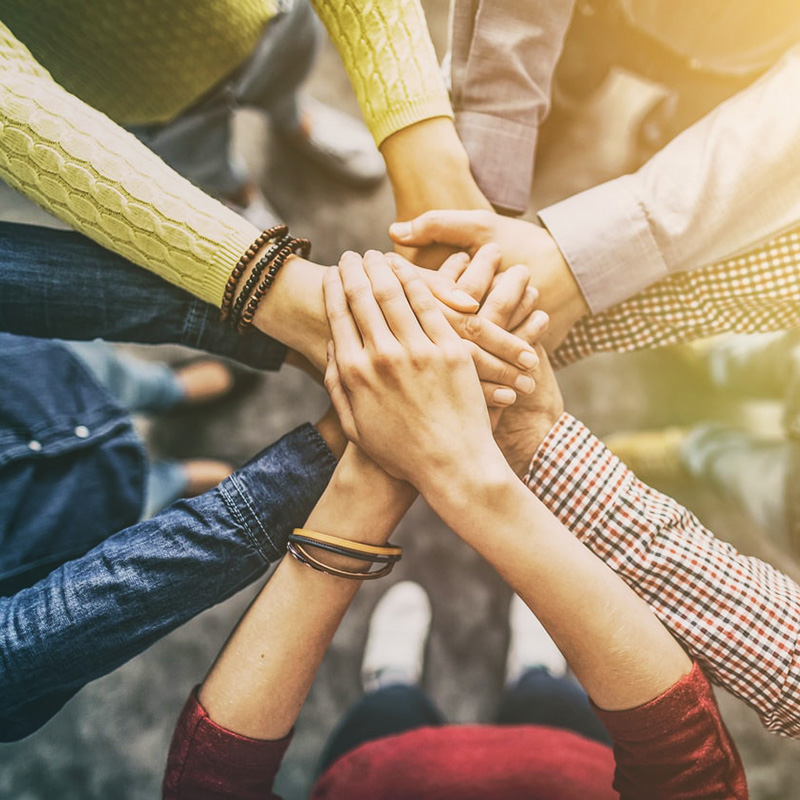 “Unity in diversity is the highest possible attainment of a civilization, a testimony to the most noble possibilities of the human race. This attainment is made possible through passionate concern for choice, in an atmosphere of social trust” –  Michael Novak

How prejudiced are you?

Before the work of Kahneman and Tversky, ‘not at all’ would have been an entirely reasonable answer.

Yet in the month in which Richard Thaler has just been awarded the Nobel Prize for economics, the question of our own bias has never been more mainstream, and the world has never been more fallible. And yet our tendency, in certain pockets of western democratic thought, has once again become to deny our bias – not, these days, through ignorance or misplaced authority, but through a broad commitment to the liberal values of inclusion and tolerance which, say what you will, still underpin British culture more than most places on earth.

Because that’s the thing about bias in the post-enlightenment age. It’s unconscious. It is mostly undetectable in ourselves, by ourselves. Bias does not disappear because we hope to be better. We cannot will away our flaws. Self-regulation will not succeed in eliminating inequality until we have true diversity of experience and perspective among the architects of our society.

Diversify – the powerful new book released on October 19th by human rights campaigner, friend and long-time collaborator June Sarpong MBE, in partnership with Nuffield College Oxford University – leaves us in no doubt that these systems are failing us. “We are”, says June, “all guilty of “Otherizing” and excluding people who seem different to us, and if unchecked the results can be catastrophic”.

This “otherising” is all around us. Only 4% of doctors, 6% of barristers, 11% of journalists and 12% of solicitors come from working-class backgrounds. 1.4 million people in the UK have a learning disability but only 6% are in work. Muslim men make up just over 2% of the population yet account for over 15% of the male prison population. The gender pay gap stubbornly persists. Only 24% of white working class males achieve 5 GCSEs grades A-C. FTSE 100 board rooms are still mostly populated by white men of a certain age and background. Austerity cuts have ensured there is no longer a single Black or Asian Chief Executive in England’s 50 unitary local authorities. The elderly are chronically neglected and left to the care of the state.

Everywhere we look, the project of our better selves is ringing hollow.  The tougher things get – the more we turn inward to the familiar, and away from the ‘other’ – the worse this will get.

And where does it get us? Excluded millions. Wasted talent. A broken welfare state. A faltering post-Brexit economy. Loneliness, resentment, despair.

A disturbing thought for a small Island about to go it alone in a big, fast, competitive world newly awake to its overwhelming potential.

The system is broken. We need to rebalance the scales. To achieve this new equilibrium – a society in which talent is maximised, mobility is universally possible, and we can credibly engage as global citizens – we need to break the cycle. Diversify asks us instead to turn into our difference. Building on the principles of my Equilibrium paper, it shines a light on a different way to work, learn and live together – easing the burden on the state and maximising the potential we all have.

And the wins to be had are great. Thaler’s legacy, and the work of Nuffield researcher Anthony Heath, reminds us that human beings have an innate sense of fairness and generosity, and that Britain, despite its flaws, is a place where progress is immensely possible. Realising the potential of every citizen in our economy will unlock around £24bn annually. Rebalancing the scales is no longer a matter of decency. It’s necessity. Diversify is June’s battle cry to turn the tides on these divisions by confronting the prejudices we all nurture and, using the six practical tools it gives us, to unlock the possibilities – individual, societal, economic – beyond them.

The Future of the Corporation

The real future of work