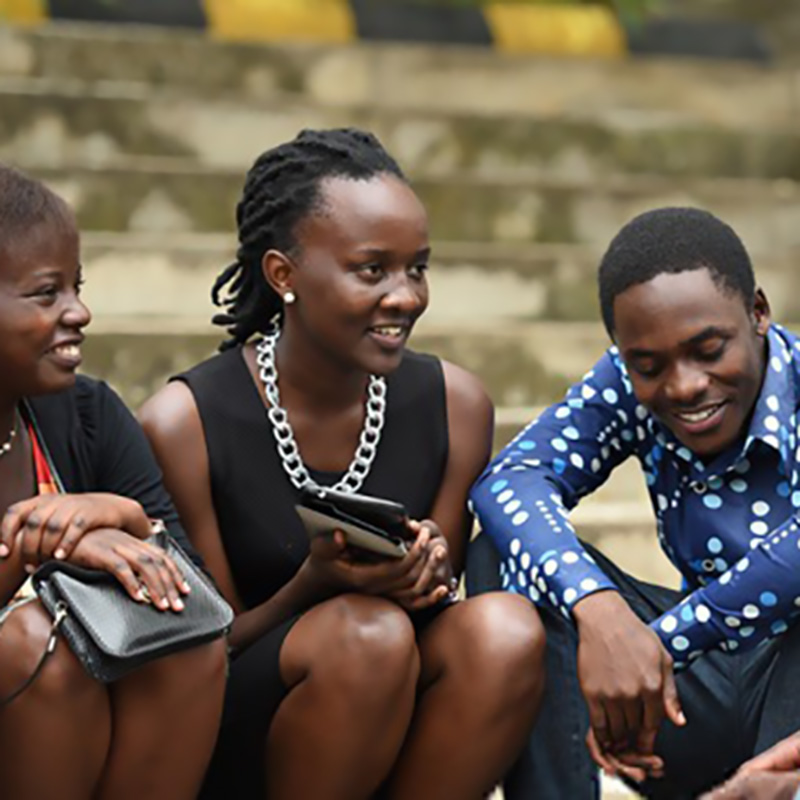 ‘Mutua, whose father is a waiter and mother does not work, says he convinced his mother to give him money rather than basic items such as toothpaste and shoe polish. He went to Eastleigh, the Nairobi district famous for Somali traders who boast they can acquire anything from anywhere in the world, and bought decorative silver teeth and chains and sold them at school. He also soon found that he could sell bread from the school canteen at a 33 per cent mark-up to people who did not want to queue.’

We are becoming a middle class world. In 2016, there were around 3.2 billion middle class people globally, with 140 million more joining their ranks every year. In as little as two or three years, according a recent influential study, we may reach ‘a tipping point where a majority of the world’s population, for the first time ever, will live in middle-class or rich households’ (Kharas, 2017).  Yet Africa – the growth engine of the world – lags behind; held back by the multiple ways in which its routes to prosperity continue to be frustrated.

In Kenya, they’re ‘broken’ entirely, as the FT explores this month, driving millennials to the harness the power of technology and their entrepreneurial wits to find new paths through. We meet Nick Mutua, an agricultural economics graduate and Nairobi native who couldn’t afford the fees to be an architect. Now he travels to markets straddled by putrid rivers and shanty towns to find $1 shoes he does up and sells on for twice the price, using Whatsapp to share his wares with impulsive female shoppers.  This hustle is typical of millenials in urban Kenya, who make on average below $26 a month, even as Skyscapers ‘mushroom’ up around their cities. For Nick, who began this work at 14, it’s ‘just a way to make capital’ on route to becoming a franchise magnate, via a KFC-inspired food cart – if more political upheaval doesn’t disrupt his plans.

And yet the bigger opportunity could lie outside of the city. Only 20% of young Kenyans live away from their families in urban areas. Two thirds of the nation’s youth remain in rural areas, where, says Nick, there’s huge opportunity to tap if the infrastructure is there, boosted by minimal living costs. As Kharas observes, middle class expansion needs governmental, not just economic, support.  ‘In the heyday of middle-class growth in the U.S., Europe, and Japan, there was a close link between democratization and government support for the middle class. Government policy improved urban conditions, provided inner-city and intra-city transport, supported state-funded mass education for boys and girls, including at tertiary levels, and provided affordable housing and other social assistance programs such as health care and pensions’.

But today the developing nations driving the middle class explosion are lagging behind – creating a middle class society that isn’t built to maximise its full human capital. ‘Desai (2015) notes that “India today is already richer than Germany was when it introduced social insurance for all workers in the late 1880s. Indonesia is richer than the U.S. was in 1935, when the Social Security Act was passed. And China is richer than Britain was in 1948, when the National Health Service was introduced.” His point: None of these developing countries has anywhere near as well developed a package of social assistance programs as today’s advanced countries had at a similar stage of development.’

Progress is not inevitable without the social structures in place to create springboard societies that lift individuals. But time is running out to unlock the potential of Africa’s youth before frustration and resentment lay waste to the progress.