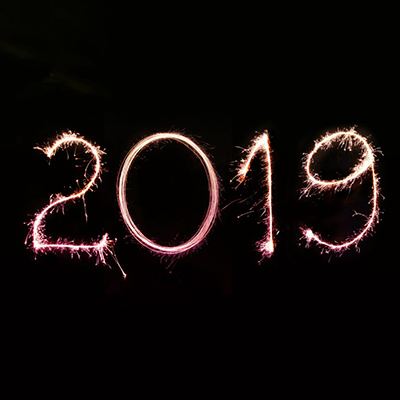 ‘A decade after the financial crisis shook voters’ confidence in capitalism, the challenges to Friedman’s model have been gathering momentum. Now — even as US President Donald Trump pursues stereotypically “pro-business” policies such as cutting corporate taxes and regulations — they are starting to converge into something that looks like a new worldview, shared by leading executives and investors and shaped by an unlikely alliance of consumers, employees, campaigners, academics and regulators. Together, they could break a consensus that has governed business for two generations and offer a new model for capitalism based on the watchwords of purpose, inclusion and sustainability.’

In 1982, Milton Friedman argued that “only a crisis – actual or perceived – produces real change. When the crisis occurs, the actions that are taken depend on the ideas that are lying around.” This, he argued, was his role as an economist: “to develop alternatives to existing policies, to keep them alive and available until the politically impossible becomes politically inevitable.” Fifty years on, only now emerging from the vice-like grip of his of ‘greed is good’ economics, we are in the throws of multiple, interconnected, actual crises.  But this time, it is new ideas – sustained for just as long, by a committed few – that are finally bearing fruit. This is a year of tectonic change.

If madness is repeating the same actions and expecting different results, we may look back on this new year as our collective return to sanity. From the shocks of 2018 – corrosive inequality, deepening geopolitical instability, ongoing climate cowardice – a singular new mood has crystallised: a tidal recognition that only radical solutions will rebalance the world in the short window of time left to us – and that it must be business, not government, who lead the charge.

In its very first days, 2019 has already dealt a definitive blow to the old-world order. Apple’s tumbling value signals more than the imminent shocks the global economy can expect from China’s slowdown. It symbolises a definitive shift in public sentiment away from the model of designed obsolescence, rock star product launches and aggressive pricing that has fuelled Apple’s stratospheric rise to the pinnacle of fevered consumerism. A decade ago, China was the Dr Frankenstein of the western world order: pumping trillions into the dying economy as a new generation of super consumers came of age. Today, China’s PE experts say consumer and business confidence is worse than in 2008. Our old model of consumption-driven capitalism is fast running out of options. There can be no more of the same.

But there must be something new. Conscientious consumption has politicised business. Corporate activism is no longer a paradox. At precisely the same moment, global politics is collapsing as a moral compass: disoriented by accelerating change, gripped by insular crises of identity, broke, never less trusted by the public. The time is now for business to step forward as a moral leader.

When I first began anticipating the inevitability of this shift, there were very few voices in my ranks. Now, from the powerful declarations of BlackRock’s Larry Fink that ‘without a social purpose…companies fail to make the investments in employees, innovation and capital expenditures needed for long-term growth’; to the growing might of the B-Corps movement leading the charge in sustainable business; to the academics (Colin Mayer, Joseph Bower, Lynn Paine and others) envisioning the new age of purposeful corporations – there is a chorus of change.

As The FT’s Andrew Edgecliff-Johnson writes this powerful essay, ‘[a]s companies’ self-interest converges with the interests of other stakeholders, those who would improve the world have a chance to get some of the world’s most powerful instruments for change onside. They should grasp the opportunity business’s moral money moment has given them.’

But to seize this moment of great possibility, we need to arm businesses with the tools of purpose. Edgecliff Johnson notes that ‘nobody has yet devised a way to measure purpose that is as simple as the bottom line of a profit and loss account.’ To truly empower businesses, we need robust systems of holistic measurement that allow them to prove and create value from sustainable practices. JUST Capital is one organisation leading the charge, and my own External Rate of Return is another that will soon offer business leaders a way to measure and leverage their holistic positive impact.

It will take courage, and we are still just at the beginning. But if the mind is the toughest battleground, then the hardest part is won.

The last mile to global health

Aiding and abetting: rewriting the rules of giving