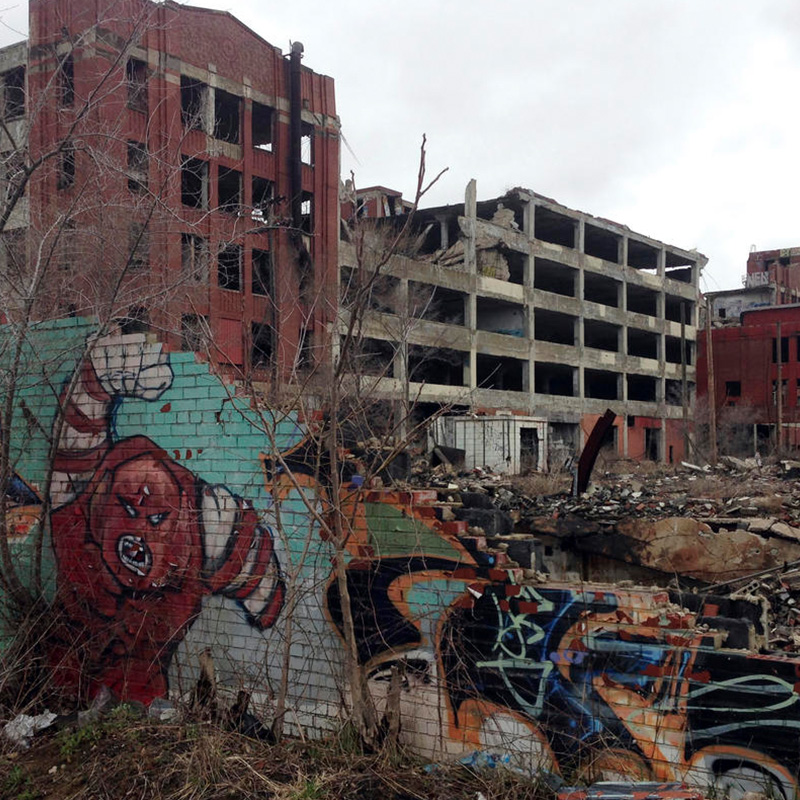 ‘As part of the December 2017 Trump tax cut, an unlikely group of billionaires and politicians quietly inserted a generous and complicated new tax break designed to lure big dollars into struggling areas known as Opportunity Zones, or O-zones.  About 8,700 O-zones nationwide, ranging from run-down inner cities to dusty rural hamlets, have already been designated. But investors who want to take advantage of the new O-zone tax scheme can’t plow money into these areas directly. Instead, they must do so through qualified opportunity funds, or O-funds.’

There are 52.3 million Americans living in ‘economically distressed communities’ today. A quarter of them live on or below the poverty line. Some of these regions are storied – bankrupt Detroit; Flint, abandoned to its toxic water supply; West Virginia, ravaged by the opioid epidemic. Most are passed over: old slave states, old industry, neglected into silence. In the very poorest US towns, nearly half of inhabitants live below the poverty line, and the rest balance precariously above it – one unlucky turn away from becoming the working poor.

Now, however, new legislation spearheaded by tech-entrepreneur turned philanthropist Sean Parker is redubbing these stricken areas ‘opportunity zones’, and offering investors considerable reason to flood them with capital. But opportunity for who, in the long term, will remain the big question. If it fails – if the basically unregulated O-Zone funds deign to pour investors’ money into projects that simply fuel the familiar cycle of gentrification, property inflation and community disintegration – then it will be an extravagant but negligible coup for the nations world’s richest, and devastation for its poorest.

But if it works, this could be the most radical example of social innovation seen in America for decades, with limitless potential for mutual prosperity and dramatic regeneration. In Detroit, where the impact of J P Morgan’s $100 million regeneration package of training and business investment is yielding promising results, we find an encouraging comparison. Watch this space.