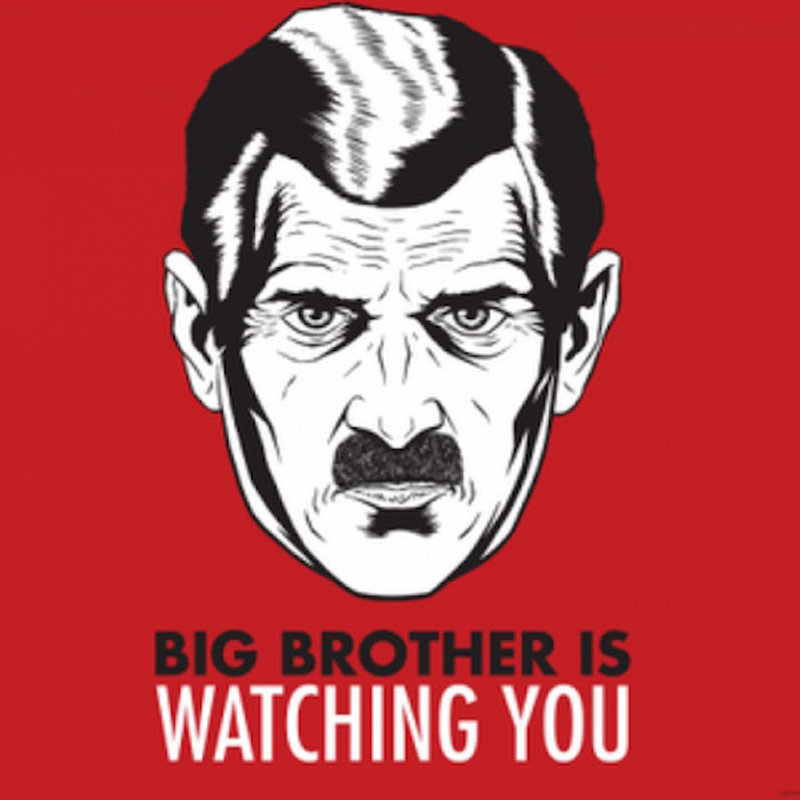 ‘To Edward Snowden, the technologies that Orwell depicts “now seem quaint and unimaginative”… But the general public, on learning of something like Snowden’s revelations, still goes out and buys Orwell.. in America a single edition of the book had moved from 11,855th on Amazon’s Movers and Shakers list to number three. And the general public… still happily release unprecedented amounts of information about their private lives through social media, search engines and GPS trackers.’

There is much about today’s world that could be termed Orwellian. 67 years after his death, decades past the imagined future of his most famous work, Orwell continues to exert a prophetic pull – whether attempting to contemplate the doublethink/doublespeak of Trump’s political rhetoric or the increasing relevance of Newspeak in our abbreviated parlance  – that offers both comfort and, in the complex complicity we must confront in his writing, a deepening disquiet.

Total value of his literary estate has been steadily growing around 10%  a year since 2012; and as The Economist reports, more than any other factor, it is the new age of surveillance that has kept Orwell in the public mind.’

In hard-Brexit Britain, the question of surveillance, data and privacy has never been more pertinent – as civil rights advocacy group 89up and  many of the UK’s top human rights lawyers have warned in an open letter and a report released last month.

‘They’re Your Rights: Fight for Them’  looks in detail at the possible implications of Brexit in light of Theresa May’s long-term ambition to leave the European Convention on Human Rights, and calls for the EU to demand the UK’s continued commitment to the ECHR in any form of trade deal. As the UK government prepares to enact the recently passed Investigatory Powers Act 2016 – the ‘snooper’s charter’ that gives unprecedented power to hold data and hack devices (ruled illegal by the EU and currently the subject of a legal challenge by Liberty) – this report reminds us that checks and balances must continue to ensure the integrity of our laws: ‘The Snowden revelations revealed that UK and US intelligence agencies were using surveillance powers without appropriate scrutiny and in contravention of the rights of citizens to their privacy.’

History tells us that rights are hard-won but easily lost. Knowledge – made freely accessible to every citizen – is the only power we have to participate in their protection. Speaking at the Free Word Centre to launch the report and its campaign, actor and activist Sam West reminded us there are always those who would cling to the refrain, ‘“if I’ve got nothing to hide, I’ve got nothing to fear” –  but that “nothing” is always subject to change by people who are not us’.

Whatever conclusions you draw about the changes confronting us, in the struggle between security and privacy, there is perhaps no subject more demanding of nuanced understanding; for this reason alone reports of this kind are invaluable and deserving of a wide audience.