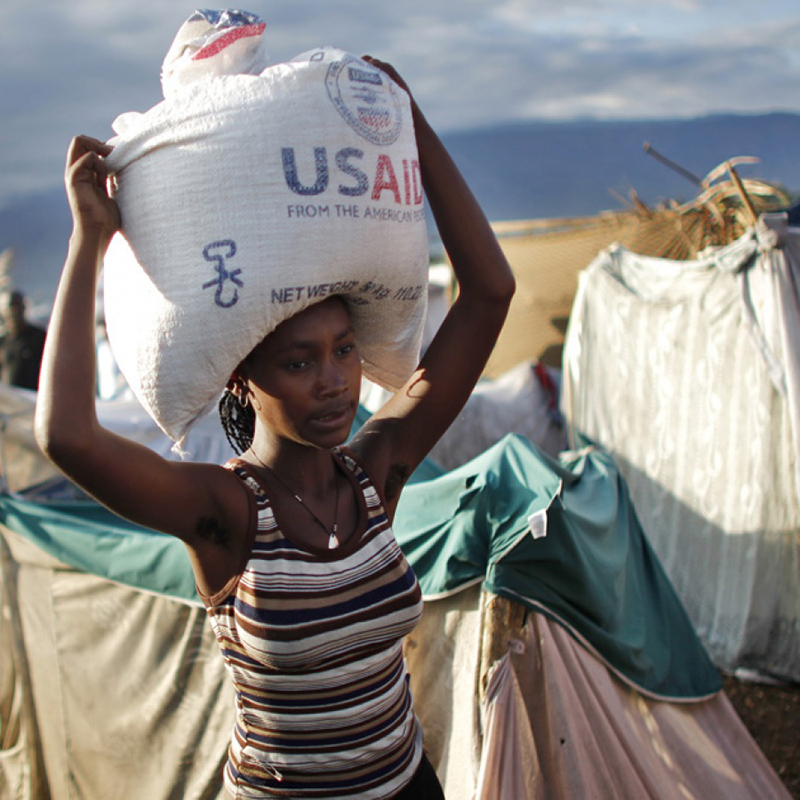 “Aid should be a complement to, not a substitute for, private-sector activity. And there must be an economic calculation of whether the aid works. Mr Cameron’s humane intentions for aid spending …. focus on arbitrary targets for spending rather than on identifying projects that will generate an adequate real return on investment. Ms Patel’s department is urgently in need of reform and she will be judged on it.”

A guest residing at the Maldive’s Taj Exotica resort might be heart-warmed to learn that their $7,000 a night location was part-funded in the name of “shared prosperity” by the World Bank’s investment fund, The International Finance Corporation (IFC) to the tune of $17m. Perhaps the guest is themselves a senior official of the World Bank – who, on a tax-free salary of more than $500,000, could quite comfortably afford to inspect their investment from time to time.

The IFC is just one of hundreds of World Bank organisations to which the UK distributes around a quarter of its arbitrary 0.7% GNI aid budget to invest, in all their multilateral wisdom, for the greatest impact. Unprecedented analysis of 72,000 aid transactions by The Times now reveals that a staggering £17.5bn currently languishes unused in these funds – £4bn of which comes directly from the UK. Something in the system is very wrong.

The track record of funds invested so far suggests this may be preferable. Independent review of 36 of these trusts by the IEG in 2011 and again in 2012 found that, incredibly, the majority had failed to generate measurable outcomes, and “lacked clear objectives” or discernible strategy.

Yet cash continues to be dumped without scrutiny: at least £274m was given, strings-free, to the Strategic Climate Fund; £5.6m was poured into poverty-research trust Knowledge for Change, which promptly drained a quarter of its £23.3m budget producing its annual World Development Report – using recycled research. The list goes on.

In these murky waters, the clearest benefits are for the Bank itself – which uses the deposited funds to pay employee salaries (£142,515 on average last year) – and for the external consultants the Trusts engage: found, in cases, to be charging £10,000 for a single blog post.

The recent history of Big Charity is a litany of galling waste; a funeral pyre of Big Ideas, tunnel vision, rampant incompetence and perilous ego, as seasoned NGO-worker Michael Hobbes documents unsparingly in this excellent New Republic essay. In these times, outrage is fleeting and in high demand. We are no longer surprised by botched interventions or bureaucratic malaise – and there will be some who feel that £17.5bn hoarded is better than £17.5bn spent with abandon. But this cannot stand.

Britain’s continued role as a leading aid giving nation is right: in terms of our moral duty, our role on the World stage, and our long-term interests. But the root of Britain’s aid-giving philosophy – the 1960’s notion that the world’s ills would be solved if every developed nation were to simply ‘gift’ 0.7% – is entirely wrong.

Real aid – aid that works – is not sexy. It does not grab headlines. It does not give our politicians sound-bites to feed the braying tabloids. It builds markets, and nations, and infrastructure. It helps nations to prosper, gradually, sustainably – singlehandedly reducing poverty, immigration and terrorism.

With so many in such desperate need, this negligence is a moral scourge. Britain must get its house in order. Blockchain is bringing a new age of transparency, measurement, and accountability. Middle-man fees, opaque transactions and negligible metrics will soon cease to be allowable. DFID must tackle the root and find the cure.

To this end, in February, I will be releasing a paper that will outline a new framework for international development.

The last mile to global health

How to argue with a racist