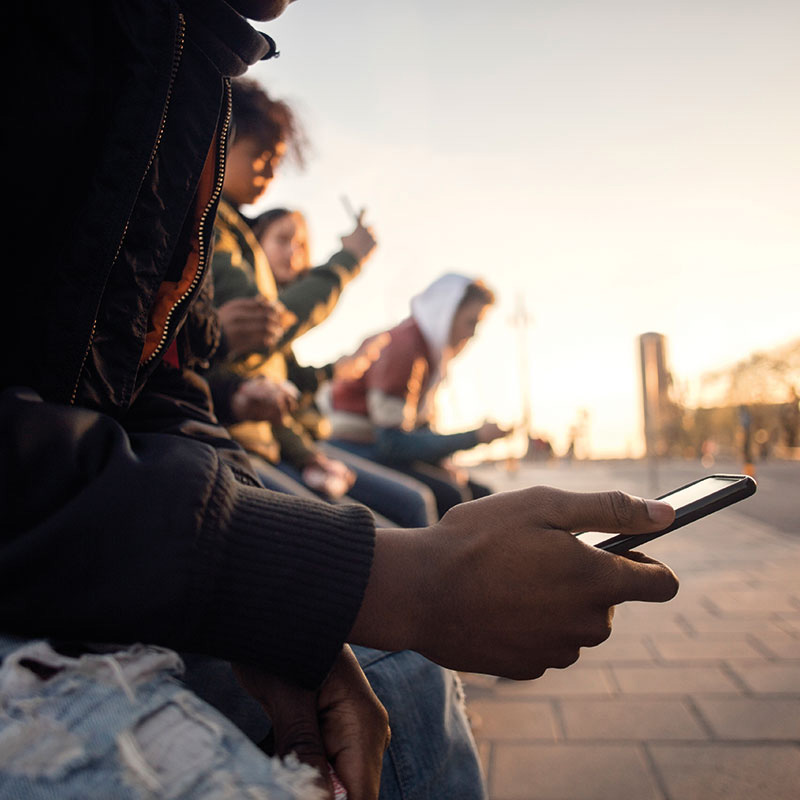 ‘One piece of data that indirectly but stunningly captures kids’ growing isolation, for good and for bad: Since 2007, the homicide rate among teens has declined, but the suicide rate has increased. As teens have started spending less time together, they have become less likely to kill one another, and more likely to kill themselves. In 2011, for the first time in 24 years, the teen suicide rate was higher than the teen homicide rate.’

An astonishing article from generational researcher Jean M. Twenge this month in The Atlantic makes the compelling – if not causal – case that smart phones are not only rewriting the rules of generational change faster than any single factor in living memory; they’re leaving young people isolated, sleep deprived, and more psychologically vulnerable than ever before.

In 2012 – ‘at exactly the moment when the proportion of Americans who owned a smartphone surpassed 50 percent’ – Twenge noticed the incremental change between generations become ‘steep cliffs’, as millennial characteristics (individualism, the desire for financial independence, prolonged adolescence, early drinking and drug use, frequent socialising) began to fall away uniformly, regardless of class, location, race or age (‘Where there are cell towers, there are teens living their lives on their smartphone’).

Today, around three in four American teens own an iPhone. The impact is a strange prolonging of childhood for ‘iGens’ – today’s senior in high school behaves more like a GenX 14 year old – combined with a dramatic spike in feelings of intense loneliness, anxiety and depression. Just two hours of daily screen time is linked to ‘significant effects on both mental health and sleep time’. The average is 2.5 – roughly the same number of hours by which today’s teens are chronically sleep deprived; a condition itself linked to long-term depression, impaired mental and social performance, and anxiety. Heavy users of social media (upward of 6 hours weekly) are around 50% more likely to say they feel unhappy – citing isolation, social exclusion and a sense of superficial friendships as major causes. The reverse is also true of non-screen activities.

But this is more than just teen blues, and there is a stark gender bias at play. Depressive symptoms in girls leapt by 50% between 2012 and 2015: more than twice as much than boys’ (21%) – linked, studies suggest, to girls’ preferred mode of psychological, as opposed to physical, bullying. Soberingly, three times as many 12-14 year old girls killed themselves in 2015 than 2007, as did twice as many boys.

Twenge’s new book comes at a time when the true extent of the UK’s spiralling mental health crisis is only now being recognised. 103,037 UK patients were treated for mental health in 2015-16. 800,000 children are thought to be suffering. Complaints of serious abuse, mismanagement and preventable suicide have soared as the NHS grapples to respond to the crisis with high quality care.

The masochism of the smartphone’s lure lies at the heart of Twenge’s observations – the teens’ inability, and unwillingness, to detach themselves from the omnipresent blue screen, day or night. With AR, VR and AI just around the corner, this grip is likely to tighten.