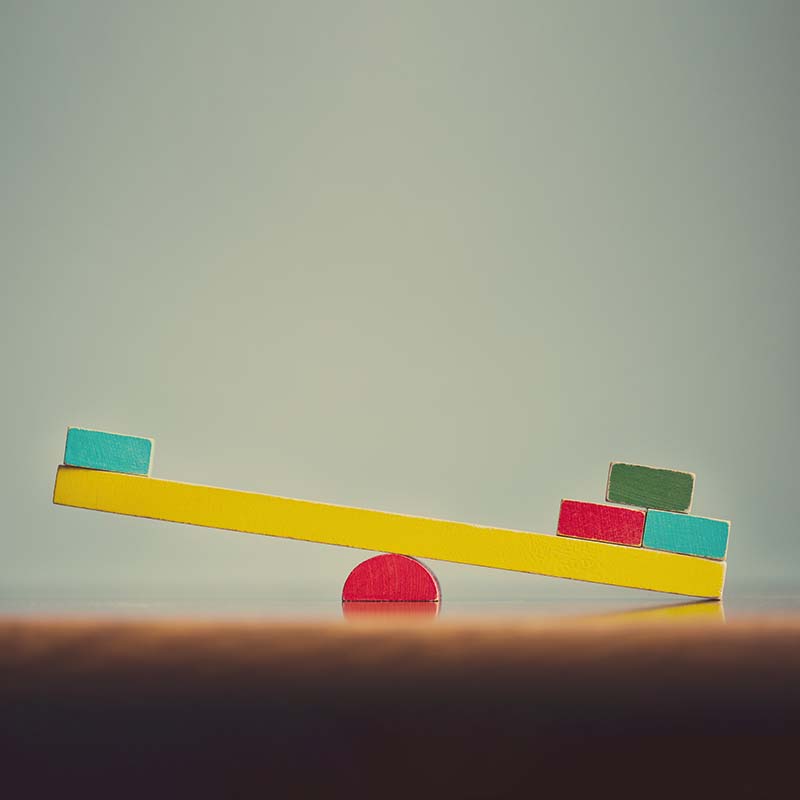 ‘Perspective blindness refers to the fact that we are oblivious to our own blind spots. We perceive and interpret the world through frames of reference but we do not see the frames of reference themselves. This, in turn, means that we tend to underestimate the extent to which we can learn from people with different points of view… our modes of thought are so habitual that we scarcely notice how they filter our perception of reality.’

Conversations about injustice tend to operate on one of two levels: either they emote the visceral lived experience of the individual, or they clinically deconstruct the systems that create and sustain inequality.

Both views are crucial. Change requires a bridge between the two, but that bridge is rarely built. Systems have historically been designed from a position of complete perspective blindness that saw no need to look beyond one narrow view and experience; those who suffer injustice are by definition marginalised by the systems they exist within and therefore unable to affect change. Today’s systems designers – still overwhelmingly drawn from one narrow pool – are awake to the pluralist societies they serve, operate with radically different laws and norms, have likely evolved beyond ‘conscious racism’, but replicate similar outcomes. Why? Because they remain just as blind.

This blindness manifests in three ways.

First: it obscures the systems. Tribal brains, confusing familiarity with merit, spread the net of social capital in their own image. The now-famous Harvard Implicit Bias test was the first to show us how unconscious bias penetrates systems; its latest findings found that white ‘employer’-participants were ten times more likely to shortlist two white candidates for a lectureship post than two BAME candidates with exactly the same CV; tracking eye movements, it also discovered that white participants spent more time looking at good information on the CVs of white candidates and bad information on the CVs of BAME candidates.

Second: it sees the systems but denies the problem – a particular habit of elite institutions which have for centuries argued, like former CIA chief Fred Fleitz in 2016, that matters of national security cannot, in the end, be compromised by the competing interests of ‘social re-engineering’.

Third: the vast inherited legacy simply overwhelms good intentions, leaving would-be change-makers trapped by bad systems, by the homogeneity of thought and experience this breeds in the political and professional classes, and – yes – by the inevitable echo chamber of their own experience. These systems, and the problems they exist to solve, are now so staggeringly complex that even the best wills and the sharpest minds quickly crumble.

And yet this complexity is precisely why we need new ways of seeing.

Unlike the simple or linear problems of the past, complex problems can only be solved by cognitive diversity, which combines different modes of thought, experiences and world-views. We resist this logic, on an innate level, because homogenous groups feel good. They reinforce our in-group bias; conferring feelings of trust, confidence and skill – the thing now called ‘cultural fit’ – producing a sense of cohesion we find irresistible. But as Matthew Syed demonstrates in case after case, the cosier we feel, the worse we perform. This hardwired preference is the single biggest risk we face in a world confronting an overwhelming array of complex crises. Injustice and inequality which exclude diverse voices are not just deeply moral issues for any liberal democracy. They are also issues of deep self-interest for any group that cares about its own survival, or understands the rich opportunity of difference.

Our current reality makes it painfully clear that we have no room or time for blind spots. Yet blind spots are everywhere: poignantly embedded into the very systems tasked with designing equality into society from on high. And so we arrive at inevitable impasse. As social designer Hilary Cottam notes, citing failure after failure of wholesale government reform, ‘the more we focus on top-down reorganisation, the more the answers seem to elude us’. Inaction breeds fatalism. Even the most appalling events that look at first like transformational tipping points so often fail to deliver real change; a sobering reflection as we pass Grenfell’s third anniversary.

There have been four government reviews of racial inequality in Britain in four years. There has been no meaningful change; by some measures, reversals; lives lives spent, as Cottam writes, in a system that can keep us alive but cannot help us take flight.

When I first wrote in February about the potential of Corona virus to push us further apart, deepening tribal bias and nationalist rhetoric under existential pressure, we had no conception of how it would devastate and divide along ethnic lines in our own society. We now stand at another social tipping point with the potential, for the first time, to bring us together . Why will now be different? Because it has to be. Pandemic is a world-sized problem of unparalleled complexity that lays bare in the most literal way the connections and co-dependencies between us. In Britain – with more deaths per capita than any nation on earth – it has illuminated, deepened and accelerated every structural inequality in our society.

For the first time – in the staggering, inexcusable disparity of the dead verses the living – there is no question of denying either the individual experience or the structures that relentlessly dictate it.  Inequality is injustice; injustice is risk: to life, to way of life, to innovation, to the future, to all things good. There is no option but to build the bridge.

What do systems of a truly diverse and resilient society look like? The truth is, beyond hopeful glimmers, we can’t yet know. But it begins by accepting, now, that we are all partially sighted. It means seeking out the discomfort of difference. It means, most of all, getting smart on the systems: looking for the points at which unconscious bias conspires, in ways small and large, to limit opportunity. And when it is tempting to slip into the language of symbols – remember that outrage and gestures are not enough. Outrage won’t last; gestures change nothing.

Doing the work of repair means learning the systems that made you. So take the implicit bias test. Read Robert D. Putnam and trace the insidious ways that income shapes outcomes. Read the 2019 UN report into British poverty. Internalise the stories through which Hilary Cottam connects the trapdoor complicities of housing, health, education and employment. Listen, converse. Consider the ripple effects you create in the systems you sustain. In the impact industry, we track these ripples with increasingly forensic tools because our reason and right to exist depends on the positive change we create. This is a moment of accountability for all of us, and in pain and in pandemic, our resources are low. But we are also awake.

And as we sit with the problems, make space for solutions. Systems thinkers are all around us, quietly testing new ways with willing communities and teams who have stepped outside of the systems that constrain them. June Sarpong, the BBC’s newly appointed head of Creative Diversity and founder of the Diversify movement is a very good place to start.