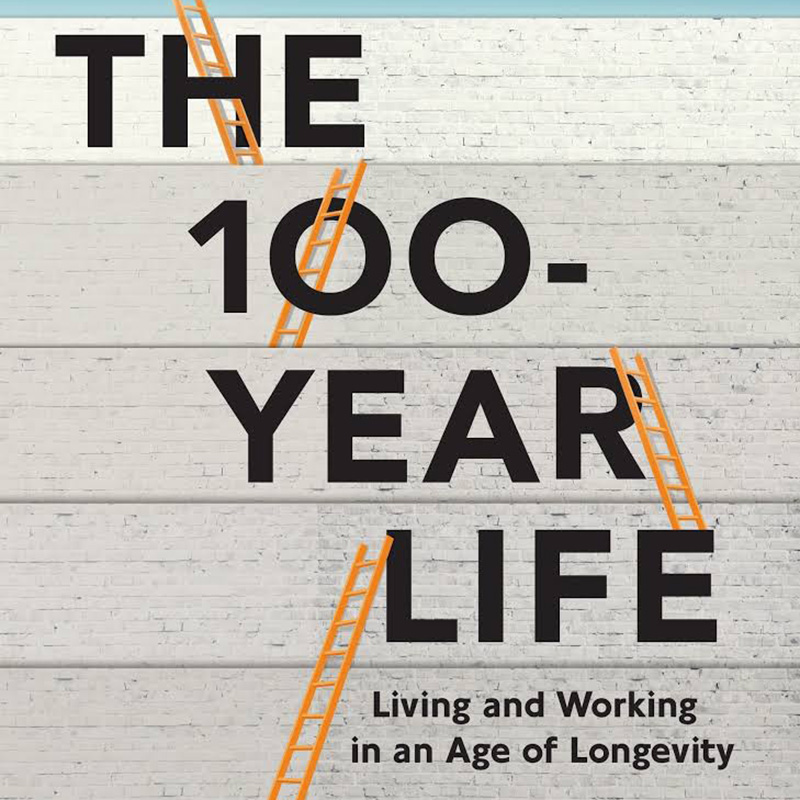 ‘Gratton and Scott advance the idea of a multistage life, with repeated changes of direction and attention. Material and intangible assets will need upkeep, renewal or replacement. Skills will need updating, augmenting or discarding, as will networks of friends and acquaintances. Earning will be interspersed with learning or self-reflection. As the authors warn, recreation will have to become “re-creation”.’

Last year, The 100 Year Life was published by two Oxford academics which, inspired by new evidence that half the babies born in wealthier countries since 2000 may reach their 100th birthdays, laid out the urgent case for how to live and work productively in the new age of longevity.

A brief overview of comparative trajectories leaves readers under no illusion that the financial situation is critical. As The Economist observed in its review, 18 OECD countries have raised their pension ages, and more workers are being asked to pay more into the pot, yet ‘none of this is enough’, and ‘greater difficulties lie ahead’. Jimmy, for example, born in 1971, has a life expectancy of 85. ‘If’, The Economist notes, ‘he works for 44 years and retires for 20, he will be likely to need to save a whopping 17% of his income during his working life. From here the numbers grow more unsettling. Jane, born in 1998, will need to finance 35 years of retirement on the same 44 years of work. This will mean she must save 25% of her income—an improbable sum given other commitments such as mortgages, university fees and child care.’

But if multistage life requires longer working, it also bring the possibility of reinvention. For some, this will mean a life of many professional acts. For others, it will mean adopting a portfolio career, juggling multiple roles at any given time, as explored this month by journalist  Sarfraz Manzoor. At the heart of his exploration is not simply the question of how we diversify in this new age – but whether we must, whether we should, and whether we can; what we gain and what we lose as we trade depth for breadth;  and, critically, what the limitations may be to our minds’ capacity for continuous evolution.

His quest takes him from the singular expertise of watchmaker Roger Smith, whose relentless 35 year study of his craft sees him produce pieces that now sell for around £250,000. For Emilie Wapnick, self-styled ‘multipotentialite’ who speaks widely on the need to make space for polymath thinking and living in our narrowly focused economies, skill is no longer the ultimate goal. Instead, she seeks the innovation the comes from the intersection of ideas; the transference of thought from one domain that allows you to solve the problems of another.

Her TED talk, now viewed nearly 4.5 million times, outlines three multipotentialite ‘super powers’ that stem from the discipline of systems-thinking: idea synthesis – combining fields to unearth new concepts; rapid learning – powered by a resilience to new ideas and an ability to see patterns in knowledge; and adaptability – the flexibility to draw on multiple skillsets in different contexts.

At the end of his journey, Manzoor is left pondering the very real possibility of juggling a legal career with journalism, after outperforming several legal students in a moot. But for these multistage lives to thrive, investment must be made now into the cognitive health, learning tools and opportunities available for workers old and young – supported by organisations like The Shaw Trust – and space must be made, socially and individually, for the task of reinvention ahead.