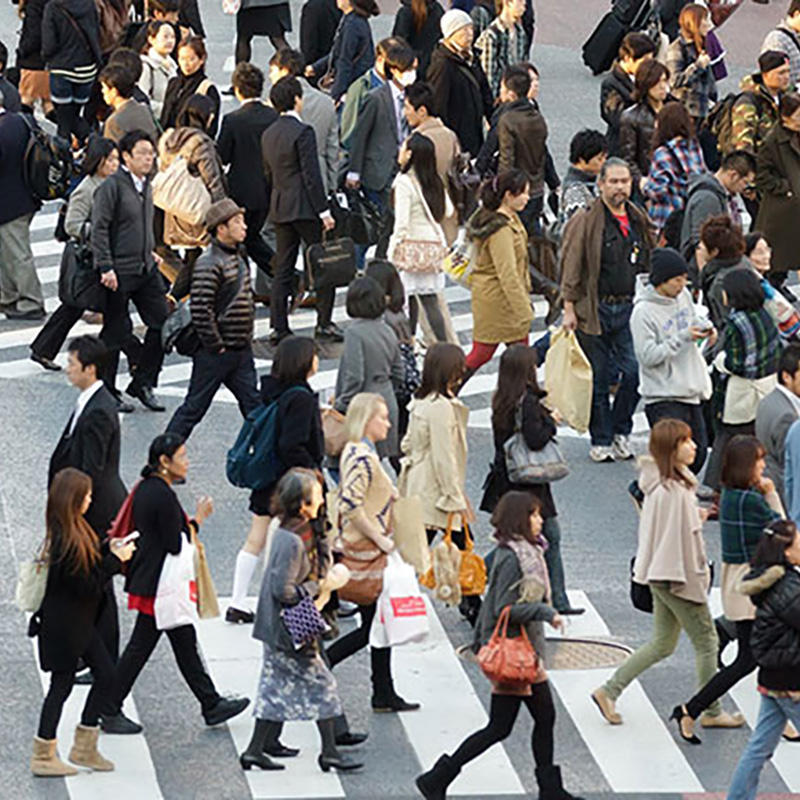 “Sceptics maintain that it is no more than that — a show. But like a grandfather finally admitting that he needs bifocals, Japan has embraced the idea of the 100-year life as an overarching policy directive. It has long seen the more terrifying implications of that in surging healthcare costs and the emergence of “dementia towns”, where a fifth of residents are suffering from cognitive decay… Florian Kohlbacher, an author of extensive research on Japanese demographics, is one of many experts struck by how late this burst has come.”

From our smartphone culture to the rabid reductiveness of our sound-bite media cycle, we live in a time of momentary, meaningless distraction. It drains our productivity and it devastates our policy debate.  But England’s ageing crisis cannot be forgotten away – and we’re not adapting. The number of British people needing round-the-clock care will double by 2035. As the FT reminds us, ‘Public spending on the average 80-year-old is about four times that spent on the average 40-year-old. It is a similar story for tax payments, but in reverse. The average 40-year-old pays nearly four times as much tax as the average 80-year-old.’ Ageing nations have long dragged their feet and closed their ears and eyes to the wholesale challenges they face. But now change is afoot, and the UK is lagging behind. So what will it take to create real change?

Rational knowledge, it’s clear, is not enough. Consider Japan. A quarter of the population is over 65, deaths have exceeded births for more than a decade,  dystopian ‘dementia towns’ – where the majority of residents are sufferers and communities must be mobilised to care for residents – proliferate, yet systemic inaction has continued to define the nation’s ‘murky discussion of demography-themed hopes and fears’. As Kolbacher observes, “Most of the future we don’t know, except for demographics . . . so [if] we know what is going to happen, why don’t we act?”.

Demographics are the writing on the wall, plain to anyone who cares to pay attention. One beady-eyed author imploring Japan to do so is Masashi Kawai, whose 2017 work The Future Chronology offers dystopian visions of crumbling society, nursing homes in the sky, and packed crematoriums without any humans left to administer last rites. Not, perhaps, the most uplifting read.

And here lies the second problem of knowledge. Throughout history – from famine to flood to financial crash and climate disaster – harbingers of doom have never really done the trick. Fear – however vividly realised – will still not cut it. And indeed, as Kolbacher notes, this fear is the biggest driver of inaction – because “we still, today, look at ageing as a problem, rather than an opportunity.”

We need, as endlessly fallible humans, something a promising – an opportunity – and practical.  Perhaps this is why The Hundred Year Life, which balances brisk no-nonsense pragmatism with a clear framework of action for individual and governments, has been able, all at once, to cut through the miasma of Japan’s ageing debate like nothing else. In August, it was released as a manga comic to ensure it reached an even wider audience; Lynda Gratton, co-author, is now advising the Japanese government; and the national debate has become a question of opportunity – not doom.

The recommendations of a government committee dedicated to designing the ‘hundred-year life society’ were adopted only two days after their publication. Manufacturers are investing in new exo-skeleton suits for elderly workers. Corporates are restructuring to capture the emergent centenarian capital – from rebranded brokers (‘peace of mind planners’ or ‘heartfelt helpers’) as well as a proliferation of childcare and education start-ups to challenge the still deeply-conservative gender norms that block mothers from the workplace.

For Haruka Mera, a 30-year old Japanese entrepreneur who steers the government committee, the simplicity of language is key to driving understanding and action. “I think that the 100-year life phrase made it easier for people to understand all the issues. The idea focuses people on the possibilities — it makes them realise that they could continue living for decades, and it makes it easier to imagine what needs to be done and how they need to plan their lives.”

In the UK, where the response to The Hundred Year Life was distinctly less profound, we may be bolstered by the fact that change, when it comes, comes quickly; and hope for a second-wind revolution.

The new Oligarchs: good or BAAD?