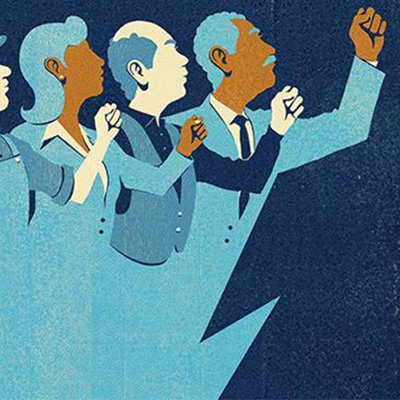 ‘Beyond the pure politics and economics, experts in Finland say the debate on ageing needs to be rethought. Prof Vaarama says that it is wrong to classify all people aged over 65 as “old”. She argues true old age starts at 80-85. Before that, people could still be working and be consumers in the new so-called “silver economy”. “Society doesn’t yet understand what longevity is. We should look at how we can benefit from this population,” she adds.’

In Britain, we’ve gotten used to looking to Scandinavia for social design solutions. But as the FT reported last weekend, the gaping chasm that lies between Finnish deaths and births is not sparking catalytic change, but political dead ends dubbed ‘demographic suicide’.

In the story of Finland – its pace of ageing outstripped by Japan and South Korea only – we see the roadblocks ahead for all western nations. And this is no problem of denial. Unlike almost every other nation, Finland has been confronting the challenges head on for some time. But brave acknowledgement has only got so far.

Complexity cannot be met with complexity. Ageing is not a topic that lends itself to delicate party politics.  Yet across Europe and the UK, fragmentation snuffs out promising action.  European governments, pressed by the weight of pan-regional parties and squabbling coalitions, can’t agree on what must be done. They’ve reformed pensions, but they can’t crack health or welfare. Just last month, Finland’s government collapsed, mid-debate, before decisions can be made. Worse trouble lies ahead for the UK, where the gaping pension deficit already runs into hundreds of billions, and Brexit continues to be the black hole of any valuable debate.

In 15 years, Finland will be where Japan is today. But after decades of denial, Japan’s government is now racing to implement its 100-year lifeagenda, under Lynda Grattan’s supervision.

Japan’s first focus has been maximising the productivity of the traditional working-age demographic. Under the pressure of 400,000 more deaths than births each year, Abe’s government may soon welcome 345,000 foreign workers (in previous years, allowing less than 15). Newly free and accessible childcare and staunch anti-discrimination measures have liberated Japan’s traditionally suppressed female workforce, meaning half of women now return to work after having children (more than in the US).  The second focus has been on extending the productivity of the elderly: 23% of over 65s already work part time – far more than in other rich nations – and clever pensions incentive longer working lives. Those who draw later are more richly rewarded. Co-payment models for medical and health services, and exclusion of more specialist treatment, may be used to lessen the burden on the government as pensioners cease to pay for medicines. But as The Economist argues, most reforms have still been too cautious and too slow.

For us to win on this front, something more definitive needs to shift. Firstly, recognition that the future is interdependent, not just interconnected. An ageing world will only survive as a collective world. And practical solutions are emerging. In Finland, insufficient care resource – with elderly people dependent on fleeting 15 minute visits, like many UK pensioners – collaborative living models are being tested.

Kotisatama, the FT reports, is a community home ‘where 83 people — with a median age of 72 — live in 63 apartments. There are 18 couples, four single men and the rest are single women. Each week, groups of six take turns to cook and clean.’ The model keeps them fit and in good company. At the other end of the spectrum, good value co-living models for young urban dwellers are springing up across Europe. Cross-generational living models are being successfully trialled in Hong Kong, Spain and The Netherlands, where young live with old, exchanging practical support and company for mentoring, friendship and subsidised rent. But the tipping point must come quickly.

The Poison of Poverty