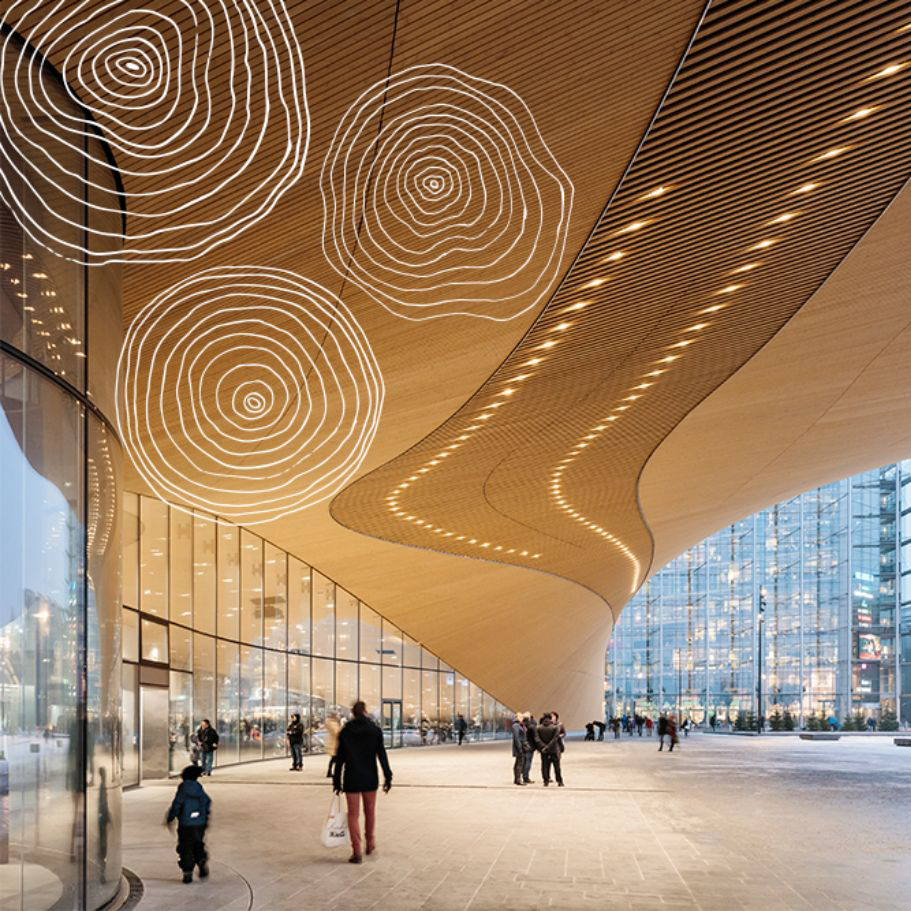 “This progress from one of the poorest countries of Europe to one of the most prosperous has not been an accident. It’s based on this idea that when there are so few of us—only 5.5 million people—everyone has to live up to their full potential,” he said. “When people are afraid, they focus on short-term selfish solutions,” Laitio said. “They also start looking for scapegoats….Our society is fundamentally dependent on people being able to trust the kindness of strangers.”

Tommi Laitio,  Helsinki’s executive director for culture and leisure, believes in libraries. Specifically, he believes that libraries are the key to cultivating citizens who – armed with knowledge – can face down the anxieties of the modern world with kindness, wisdom and collective spirit. Speaking at the CityLab DC Conference last month, he reflected on the recently opened Oodi Library: a landmark project, developed through a 10 year public consultation, ‘built to serve as kind of citizenship factory, a space for residents to learn about the world, the city and each other.’

Where other nations meet chaos with empty spending commitments, political disarray or committed denial, the Finns have embraced knowledge and inclusiveness as its balm. In its first month alone, Oodi’s sweeping, light filled space welcomed 420,000 Helsinki residents – two thirds of the population – and is now considered one of the most diverse places in the city.

In the world at large, citizenship is now more frequently treated as a political asset than an attribute.

The 1990’s saw the institution – the legal tie between an individual and a state – transition from a monogamy to multiplicity. As it has revolutionised, so too has the nature of relationship it denotes. Today, for the most privileged, citizenship is a strategy of global and economic mobility. Tens of millions of people hold citizenship in more than one country. And as the singular national bond has eroded, as a recent study observed, ‘state membership is being redefined from exclusive and territorial to overlapping and portable… with far reaching implications for globalisation, economic inequality and national identity.’

‘Overlapping’ and ‘portable’ identities are the natural condition of a globalised world. But where does it leave citizenship: not as a tax or travel hack, but as a spirit of belonging, duty and reciprocity? What does it mean to be ‘good citizens’ when identity is no longer clear-cut and cultural expectations are no longer engrained?

In the UK, where austerity has culled over 300 libraries in the last four years, we have forgotten the meaning of citizenship. Our conflicted reality sees adopted citizens painstakingly schooled in myriad national details that very few native Britons would claim to know and British values hanging in every school that very few native Britons – including most candidates in the last General Election – could name. As the decades have eroded explicit and implicit community ties, and the behaviours they encouraged, leaders have grappled to fill the cavity – from David Cameron’ Big Society to The New Citizenship Project, which hopes to resurrect citizenship as an antidote to our consumer culture.

But as Finland reminds us, civic spirit is not a project of one four year term or a brash manifesto promise. It’s a steady commitment to collective enlightenment, enacted through symbols of learning, kept free and open to all.