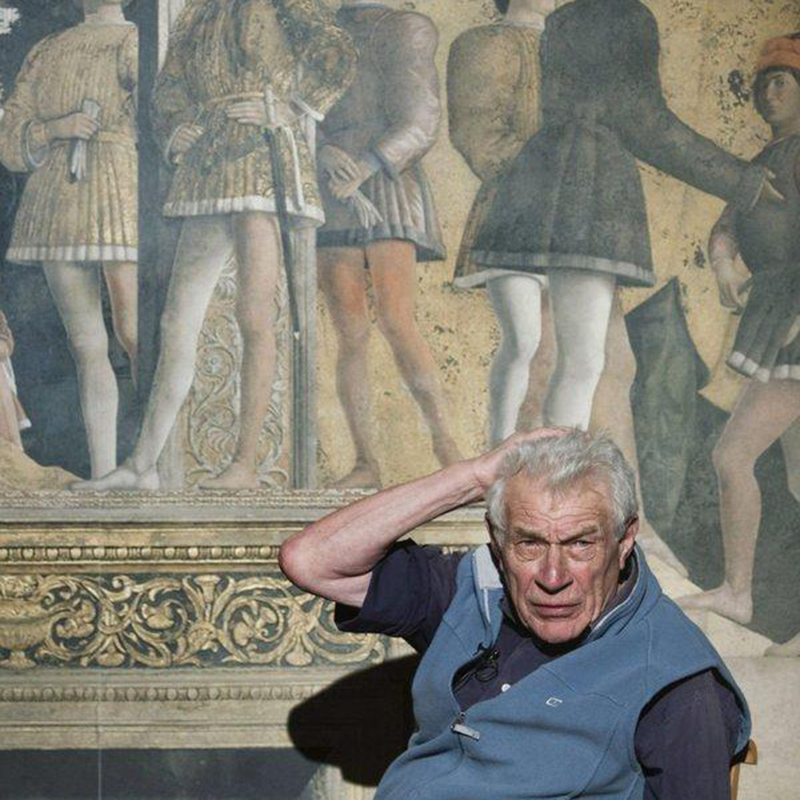 “Mr. Berger’s intention was to upend what he saw as centuries of elitist critical tradition that evaluated artworks mostly formally, ignoring their social and political context… Mr. Berger burrowed into the sexism underpinning the tradition of the nude; the place of high art in an image-saturated modern world; the relationship between art and advertising; and, of particular importance to him as a voice of the British New Left, the way traditional oil painting celebrated wealth and materialism.”

Critic and provocateur John Berger, who passed away this month, thought, spoke and wrote about art in a way that had never been seen before. His ground breaking 1972 BBC series and book, Ways of Seeing, unravelled notions of value that had held for centuries.

Berger’s legacy is undeniable, but his true inheritors – students of original critical thought – are increasingly scarce; stymied by universities – themselves now increasingly victim of the commodification Berger abhorred – that continue to trade in intellectual conformity and safe-space thinking.

Good news, then, from St Andrew’s University, which The Times reports has received £4m – the largest Alumnus donation ever made to a Scottish University – to support ‘values that are increasingly rare on campuses and in society: academic rigour, informed and open-minded debate, internationalism, good-willed collegiality and simple decency.’ The gift follows the recent installation of Principal Sally Mapstone, ‘who used her recent installation address to issue a rallying cry to her colleagues in what she said was a climate of hostility to experts. She characterised recent political developments, such as the Brexit vote and Donald Trump’s victory in the US presidential election, as “convulsions” in a “post-truth climate in which expertise is derided”’.

In these post-fact times, facing problems of greater scale and complexity than ever before, the need to cultivate robust, restless, independent minds has never been more urgent. ‘I am an enormous optimist for my species’ Stephen Hawking wrote last month in a passionate plea to mobilise against the dangers we face as a global community, ‘but it will require the elites, from London to Harvard, from Cambridge to Hollywood, to learn the lessons of the past year. To learn above all a measure of humility.’

And as the dust begins to settle on 2016, signs of hope may be emerging. Stephen Hawking last year launched UNLIMITED: a UBS-backed platform that brings together thinkers from the worlds of academia, business and journalism to ‘answer life’s big questions’. If nothing else, it neatly illustrates the new reality – that to solve these problems, we will need corporate, academic and civic participation; and – most likely – a branded platform.

The Future of the Corporation