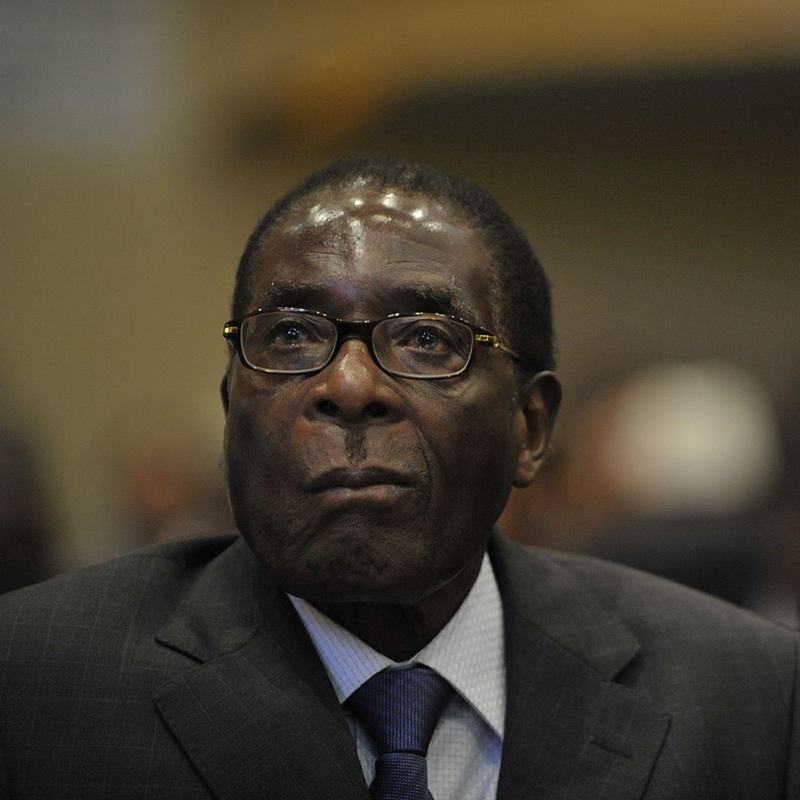 Over half of the world today lives under a non-democratically elected leader. As Zimbabwe’s new president Emmerson Mnangagwa celebrates his 100 days in office this month, we are reminded of the ironies of the image of Mugabe’s resignation that many believed to be impossible just weeks before it came to pass: the frail 90 year old man and brutal dictator; the bloodless ‘resignation’ after 37 years of bloody rule;  the citizens who had never known a Zimbabwe without him, celebrating n the streets.

These ironies are deftly explored by Professor James Tilley in The Dictator’s Survival Guide: a coherent look at why four billion people remain under the control of these men;  what tactics secure their survival; and, in the internet age, how these tools – hailed as the symbols of liberal democracy – are in fact being used to strengthen their grip on power.

So what methods does the modern dictator have at their disposal?

Beyond the promise of violent oppression – a necessity for any authoritarian rule – there is an evolving suite of methods to cement their rule. Authoritarian governments have moved with the times. Their gain richly from online tools: monitoring, trolling, and smear campaigns, especially against women, who routinely suffer blackmail through spyware installed in their homes.

As Anita Godez of Zurich University argues, ‘we shouldn’t be fooled by pictures of twitter revolutions’ – as appealing as this narrative may be to the originators of these platforms in the west. We are now well versed in the dependency of the Arab spring and similar acts of civil unrest on the digital tools that allow them to connect, express, and document abuses. But to those closest to the topic, this analysis rings false. Godez argues that in fact many revolutionaries at these pivotal moments were not on these platforms. Bu it suits autocrats, and the world at large, to perpetuate this story.

In China, which has more ‘man power to manually filter and control the internet’ than any country on earth, surveilling public and private messages on social media provides a more targeted picture of dissent than ever before possible. Manipulation  of the masses includes the filtering of key word, block websites, monitoring of messages. And when dictators can see there’s no point engaging with a group of citizens, they simply shut down their means of communication.

Direct interventions include bribery and coercion. Key players should be kept onside with envelopes of oil-funded cash; or ‘legally’, by awarding ‘Presidents pensions’ of over 10 times the standard value. But this too is a game of unexpected precision: in China, a country of 1.5bn, the loyalty of just a few dozen determine power.

The mechanisms of civil society also offers much in the way of artificial legalities, from accusations of corruption to investigations into money laundering and the subsequent seizing of assets. As political scientist Bruce Bueno de Mesquita puts it, corruption charges are a ‘beautiful structure’ for dictators. When transitioning between those who bought them to power and those who will sustain it, it’s unseemly to throw dissenters in jail or shoot them – too quick for the watching world to call foul play – so call foul play yourself and the world will reward you for cleaning up the country.

Similarly, institutions offer huge potential. Almost all modern dictatorships use elections. The crude old way was simply to have cronies stuff the boxes with fake ballots. Since the end of cold war, as Tilley reports, strategic rigging tactics have been the preferred approach, planned well before the election day. In the 2006 Madagascar elections, for example, the exiled opponent was denied in-person registration; the  airports were closed every time he tried to land. Another common practice is the use of invisible ink that ten minutes after submission render opposition ballots invisible, leaving a  stack of elections for the incumbent ruler – and not a fixer in sight.

By signalling strength in their rigged outcomes, they have their biggest source of propaganda; and by fomenting division between opposition rivals – often resulting in splinter votes of 3% each – elections weaken threats at the moment, if they united, they present the biggest risk. Even more than social media, elections provide a targeted means of punishing dissenters, through a range of direct and indirect methods. in Singapore, for example, there is evidence that opposition districts are denied investment in their housing and infrastructure.

Tilley’s closing note is a somber one. Dictators who last a long time are smart. They play power with deft hands. The ones that have lasted a long time need careful study by policy makers – and no one should assume they’ll be easy to dislodge.

The myth of meritocracy