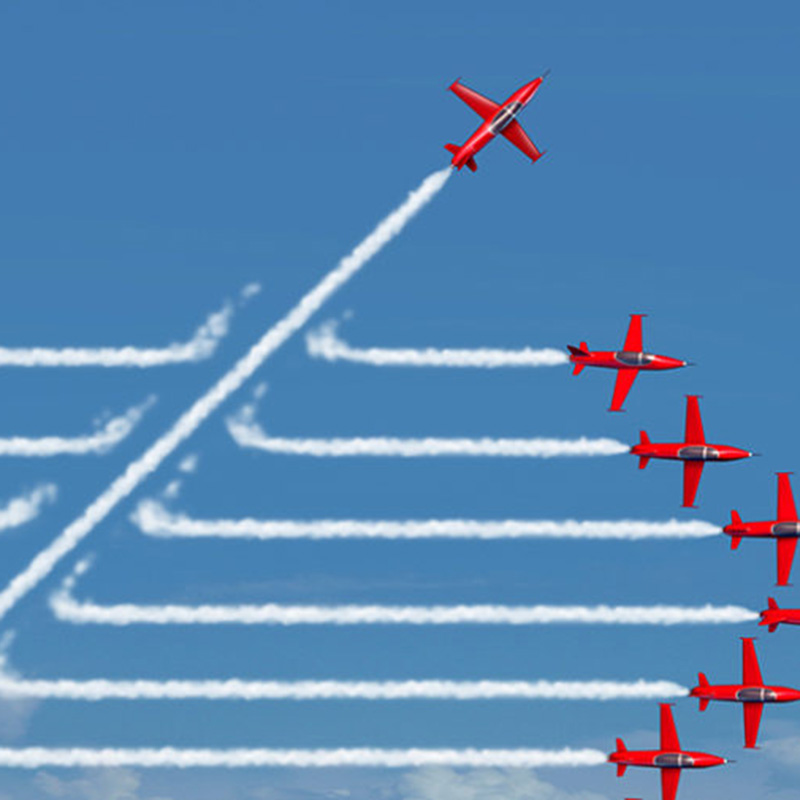 20 years since Clayton Christensen first coined the term in his seminal The Innovator’s Dilemma, the age of ‘disruptive innovation’ is truly upon us: used with impunity to describe everything from minor market tremors to unlikely aspirational brands. His theory – which gave CEOs the holy grail of answers and elevated him to legendary status – explained why long-term success and painstaking attention to customers did not assure survival; rewriting the rule books of business play globally and inspiring a generation of disruptive business leaders, including Michael Bloomberg and Bill Gates.

Today though, his theory is not only ubiquitous – it’s wildly misunderstood: making it less a tool for commercial survival than snake oil with potentially disastrous consequences for healthy businesses.

Disruption is properly defined as ‘a process by which a product or service [with fewer resources] takes root initially in simple applications at the bottom of a market and then relentlessly moves up market, eventually displacing established competitors’. As established companies focus relentlessly on their most valuable customers to deliver ever better service and shore up profits, they neglect to look down the value chain – ‘exceeding the needs of some segments and ignoring the needs of others’.

Disruptors target the low-end market, with cheaper solutions. Unbothered by the entry of a small and indirect competitors, businesses respond sluggishly, if at all. As Christensen explains, ‘Entrants then move upmarket, delivering the performance that incumbents’ mainstream customers require, while preserving the advantages that drove their early success. When mainstream customers start adopting the entrants’ offerings in volume, disruption has occurred.’

Disruption is the business equivalent of the slow cooking frog in the heating pot. But by mistaking the warning signs of potentially fatal disruptors – not Uber or Tesla, Christensen argues, who, entering the market at the higher end with vastly superior products (and occasionally lower price points), do not conform to the classic disruption model – Business leaders confuse the conversation and lose the advantage.

So too, treachery is rife in the mantra ‘Disrupt or be disrupted’. Christensen calls not for the dismantling of profitable business, but instead the (cautious) formation of separate disruptive entities – for those willing to embrace the complexity this entails.

In the age of Uber and Tesla, the theory of disruption alone is no longer enough to arm leaders against obsolescence. New tools and techniques are required to read the signs and make the shifts required in the increasingly short time available to do so, as Frode Odegard of The Post-Lean Institute reminds us. Read more about the work of the Institute here, and their work in helping future thinking businesses to identify and exploit the biggest changes coming our way.

Rethinking dementia: care in the community