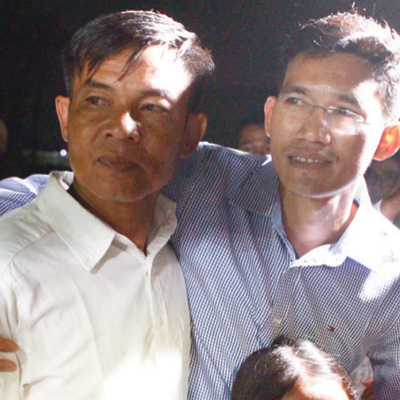 Early this months, two reporters – imprisoned in Myanmar for reporting on the ethnic cleansing of Rohingya Muslims – were released and pardoned. This was a long overdue step toward peaceful reconciliation for the state, as outlined by Kofi Annan and his Advisory Commission before he passed away. Kofi’s work championed press freedom as the cornerstone of democracy and the 2017 report highlights its fundamental importance to any hope of a prosperous and secure state. And yet, as this month’s World Press Freedom Day reminded us, open, informed, balanced reporting is under threat in the world across the world today as autocracies tighten their grip and the digital sphere spreads the snare of disinformation ever wider. But it is not only civil society that relies on transparent reporting for health and prosperity.

Holistic, transparent, purposeful business reporting is now a non-negotiable of customer and regulator trust, with recent studies finding that 94% of consumers remain loyal to transparent businesses.

Benefit Corporation (or B-Corp), accreditation remains the most robust way to measure and report business impact through the lens of people, planet and profit.When I first helped to launch B-Corps in the UK, it was still a burgeoning concept in British business. Now B-Corps constitute 2,829 companies, 150 industries, across 64 countries – and more and more British industries are discovering that the B-Corp advantage is more than a glowing report card.

As ever, progress comes from the edge, not the centre. Small businesses embracing B-Corps status today are not just using the reporting framework to improve transparency, but to actively improve the design of their business. Kennedy Woods Architecture, a young London based studio, recently became the first architecture practice to gain B-Corp status – demonstrating that even industries traditionally high in environmental impact and rife with toxic work practices can change their ways.

Speaking with Royal Institute of British Architects about accrediting, co-founder Thomas Woods observed that the process of accrediting had been instrumental in helping Woods and partner Chris Kennedy consider and shape every detail of their practice, from bonus structures to the carbon footprint of office deliveries. As a result, their operational and cultural foundations are now leagues ahead of more established counterparts.

And this isn’t just good for employees, suppliers and community. These measure matter to the practice’s preferred clientele – making B-Corps a powerful tool for resilience, especially during these volatile times. As Woods argues, “during phases of financial uncertainty or recession, there’s all the more reason to demonstrate the value and integrity of your service to clients. We saw the B Corp accreditation as a key element to being able to work with a certain type of socially focused client.”

We have also been supporters of The Media Development Investment Fund (“MDIF”), which provides support to independent media outlets in countries that often fall victim to media oppression.

MDIF invest both equity and debt capital into companies that provide news and information in societies where they are needed in order to advance democracy, accountability and public debate.

Many of MDIF’s portfolio companies have created significant change to the societies in which they operate through coverage of matters that are often under-reported, such as government corruption, environmental issues and gender & ethnic discrimination.

Other businesses are seeking creative alternatives. My own reporting framework, theExternal Rate of Return, will soon offer the world’s most holistic two-way reporting framework to date, harnessing the corporate reporting and the power of conscientious consumerism to help good business pay greater dividends than ever – learn more here.