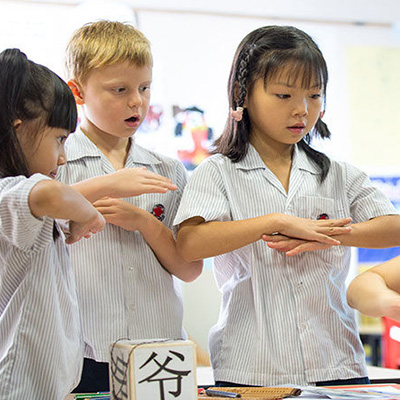 “But decades of economic growth have changed priorities. Andreas Schleicher of the OECD reckons Singaporean education is going through “a silent revolution almost entirely unnoticed in the West”. Politicians now hope to marry good exam results with the promotion of skills that will help pupils work in the city’s growing service sector, and even to lead contented lives.”

Until now, the myth of British education has been more robust than its reality.

As UK schools plummet down global rankings and our leaders of industry grapple with a looming skills crisis, our elite establishments have never been more in demand: overwhelmed by the desire of an ever-more upwardly mobile and ambitious world to pass through their golden gates and into the corridors of opportunity beyond.  Central to this myth is the freedom of thought, creativity and critical independence that has always lain at the heart of ‘good’ British education – the dramatic counterpoint to the ‘bad’ didactic teaching, rote learning and identikit ideas of the great communist and ex-communist swathes of Europe and Asia. And for centuries, we have held on to this notion of ‘good’ without much in the way of substantial contest: still able to claim that we equip our children – regardless of outcomes, or demonstrable work-ready skill – with the critical skills and intellectual independence the world so sorely needs. We have been ‘good’ enough.

Singapore has long been the world’s highest performing education system. Its students consistently demonstrate stronger skills in mathematics and science than any other nation. But it is also known for its intensive and rigid approach to learning; and so despite its excellence, Singapore’s educational agenda has never truly piqued the DoE’s interest in any discernible way. Until now.

The world is in the midst of a skills revolution that will completely reconstruct the purpose and role of education. While Britain continues to flounder between underfunded and disconnected pedagogies, Singapore has read the writing on the wall and adapted its national system to meet the skills revolution with the flawless execution its tightly run system affords. At the core of this new approach is ‘21st Competencies’: creativity, collaboration, and workplace alignment (or ‘applied’ learning).

In one primary school, for example, pupils use storybooks in a mathematics class to take a literature-based approach to the subject; the library has become a ‘MakerSpace’ where students code, build and film. Teachers have been given an additional 100 training hours a year. Success has been reoriented away from score and toward critical thinking, personal development and advanced teacher-pupil debate, with an emphasis on emotional development and wellbeing. Crucially, By 2023, almost all schools will have ‘applied learning’ programmes, where subjects as diverse as computing to drama will be conducted in real-world environments – with no exams.  A glut of career advisors have been hired to create a bridge from lesser known industry to schools, steering students away from ‘iron rice bowl’ careers like government and banking.

This is long-term, systemic, holistic change that will align Singapore’s next generation minds the real needs of the global economy. This is a plan for national resilience. This is what ‘good’ really looks like in the context of today’s VUCA world.

And with that, the myth of ‘good enough’ comes tumbling down.