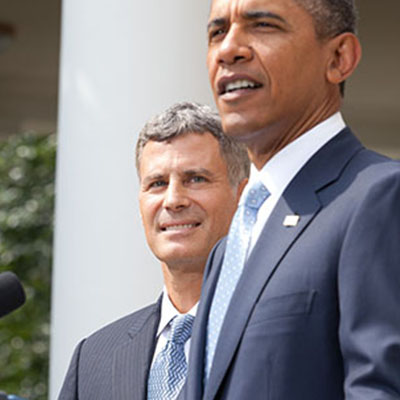 In the midst of our data-age, true advocates of an evidence-based world view remain rare. Dr Hans Rosling is one. Economist Alan Krueger is another. He was, as Tim Harford chronicles in his moving obituary, ‘an authority on happiness and pain’, whose work spearheaded the ‘credibility revolution’ that would drag economics from the lofty heights of theory into the realms of the actual.

By rigorously studying natural occurrences in real communities, rather than imposing preconceived theory, he debunked myth after myth of inequality. His tragic death earlier this month at his own hand is a stark reminder of the incalculable sums of suffering; but he leaves behind him a shining legacy that has irrevocably changed the way we are able to navigate the world and balance the books of opportunity.


At the heart of his research was the worker, and the conditions in which people, and the societies they shape, can thrive. His work grappled with the thorniest social challenges of modern life – from the real impact of the minimum wage (until his seminal Myth and Measurement, seen as a hindrance to job creation and therefore kept low), to pollution, terrorism, the gig economy and even the streaming music model. Each enquiry was an act of practical philosophy which sought the root of mutual wellbeing. Like Becker’s theory of human capital before him, his work was underpinned by, and gave tangible value to, a simple belief in human potential, dignity and worth; in the right to pursue emotional, social and financial wellbeing.

The energetic social conversation he sustained also made economics a powerful tool of corporate accountability. Just last autumn, from the pages of the New York Times, he debunked our post-recession complacency about wage stagnation, showing how corporate America’s illegal yet largely ignored practice of non-compete clauses (applicable to quarter of all American workers)  routinely keeps the most vulnerable workers from finding or receiving the offer of better jobs from competitors, even after leaving their existing role.

His legacy can be seen in the evidence-based model of the Centre for Social Justice, which taps the insight of grassroots organisations to redirect government funds into more effective paths to prosperity; just this week, the Evening Standard standard launched its Save London Lives fund, which will pour £1m into ‘hyper local’  groups tackling the systemic causes of knife crime.

His loss comes at a moment when the world of business is just breaking free of Friedman’s profit-over-purpose mandate that has, for so long, poisoned the corporate well and limited the potential of those inside and outside the system. Purposeful business is now coming to the fore. Governments – still slow – are beginning to recognise the value of individual wellbeing after decades of disengagement and despair. But there is still far to go.

In Brexit Britain, endemically distracted from the business of measuring the reality, not the spin, of progress, we risk decline. As June Sarpong’s powerful Diversify shows, when it comes to realising the huge economic and social value of diversity in British business, we’ve barely made a dent. Without voices like Krueger, who fearlessly light the path the better, we will all be poorer.