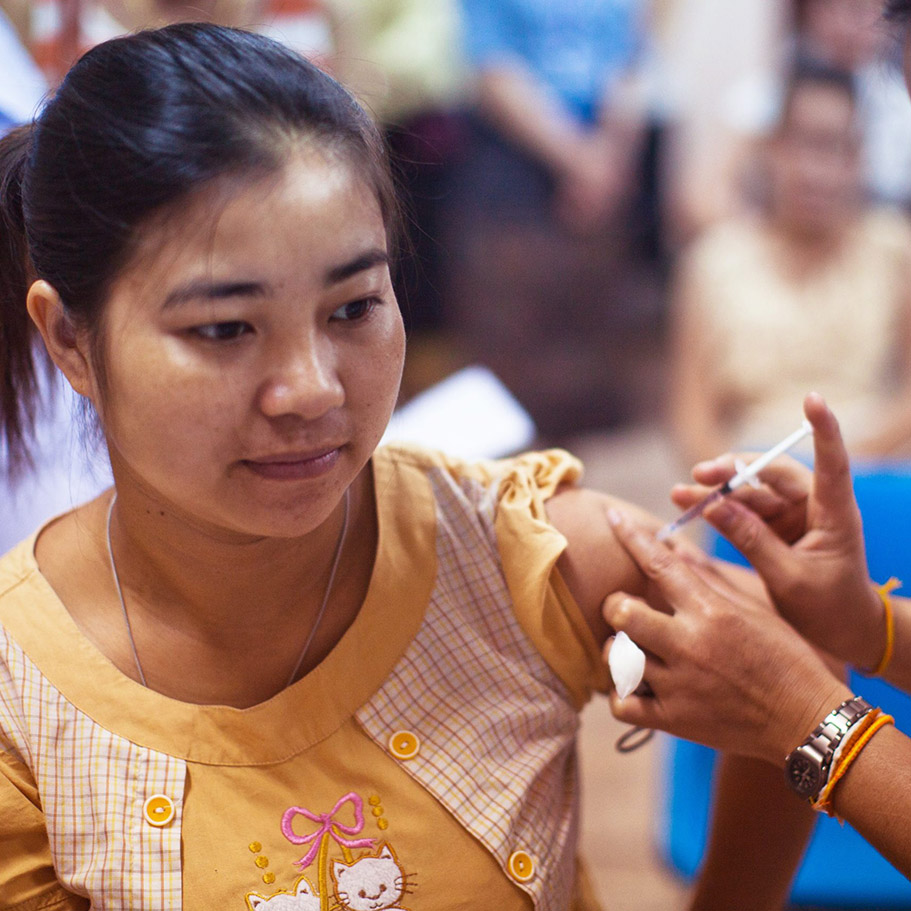 Capital is like a vaccine. It stands between people and peril, offering protection against sickness, exploitation, hunger and homelessness. It shores up value, helping economies and people to thrive, build, contribute. In this way, capital and vaccines create sustainable, equitable, resilient societies: where individuals are protected from the worst harms, parents can work, children can learn, and each generation can leapfrog the next. This is how nations flourish.

Like capital too, vaccines flow badly between rich and poor countries. In the midst of a global pandemic, where vaccines are the only key to western capital, and capital, it appears, is the only key to vaccines, this has never been more acute. On both fronts, this is a grave error.

Amidst the daily numbing onslaught of vast, blank statistics, listeners of the Today program last week may have clocked an astonishingly tiny number.

Twenty five: the number of people from low income income countries who had been vaccinated as of January 18 – in Guinea, with Russia’s Sputnik.

Thirty nine million: the number of people from high income countries vaccinated by the same date.

How has such a staggering imbalance occurred?

By misunderstanding the nature of value creation.

The world’s rich countries, containing only 14% of the global population, have bought up 53% of the most promising vaccines.  Canada has bought up five times the necessary amount per capita. The US has bought four. The UK has bought three. A commitment from Oxford and AstraZeneca to distribute 64% in developing nations will only be enough to reach 18% of the global population. 90% of the people from 67 low income countries are left with almost no chance of getting vaccinated in 2021. Duke University estimates full roll-out will not complete until 2023.

COVAX, the global vaccination coalition – established to prevent exactly this behaviour, relentlessly replicated over recent decades – has managed to secure enough, at 700 million doses, to serve only 10% of those unlucky 67. The organization describes consistent efforts by manufacturers to sidestep COVAX in order to secure a rush of lucrative bilateral trade deals. COVAX is now, with the WHO, calling on companies to waive IP rights. Hoarder countries and manufacturers both are refusing.

Though surplus is expected, eventually, to trickle to those nations, the impact of a year’s delay is not an inconvenience. It’s a secondary ‘shadow pandemic’ of mass starvation, disrupted routine vaccinations, aid cuts, workless generations, and uneducated children. This is an abject, inarticulable moral catastrophe. It is also, in the loss to western innovation, labour, and security,  an act of self-sabotage.

Impact investing understands the true nature of value. It understands the world as interdependent systems; how to mitigate harm but more, how to multiply the good; how to enrich, not just profit. It knows that wealth is never zero sum or short-term.

This is the new age of mutual responsibility, and we have failed our first test. Mutual responsibility is just the short-hand for the enlightened self-interest on which all value depends. It is also no great leap. At Time Partners, we help our clients enact these principles every day: channelling capital toward the greatest challenges of our time to enrich, and find enrichment in, systems of sustainable value.

This is the power of capital. It’s in our hands.