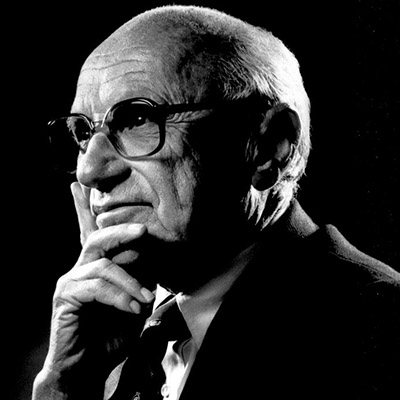 “In 1962, Milton Friedman set out a framework for business in which he described the social responsibility of businesses as being to increase profits so long as they stay within the rules of the game. It was a powerful and influential proposition that established the conventional framework for business around the world. However, it has serious deficiencies and is no longer tenable as a framework for business in the 21st century. It has been the source of growing disaffection with business, its environmental, social and political problems, and the erosion of trust in it. Those problems will intensify in the future as technological advances risk exacerbating social detriments as well as benefits of corporations, and public policy responses lag increasingly far behind innovations.”

It’s been a fraught fifty years for the relationship between business and society. But with the first release of the British Academy’s seminal research into the future of the corporation, we may definitely draw a line, inspect the damage, and begin to heal the wounds. Three things, as Colin Mayer writes, must lie at the heart of the socially functional 21st Century business: ‘a redefining of corporate purpose that is distinct from shareholder returns, an establishment of trustworthiness founded on norms of integrity, and the embedding of a culture in organisations that enables both’.

The profit-as-purpose corporate age has wreaked untold havoc and enshrined a culture of reckless, sanctioned greed. It is no tenable for any business leader to subscribe to it or sustain it. And yet to engage in the collective reimagining this study hopes to catalyse, we must first understand what we really mean by purpose, and give ourselves the tools to identify it.

The ‘profit with purpose’ revolution has been gaining pace for some time. But around this concept, a velvet rope has often been drawn between the ‘purposeful’ – those businesses with a clear, enshrined, definitively social reason-to –be; a Tom’s, a Patagonia, an Elvis & Kresse – and the wayward profiteering majority.

In the parable of ‘good’ business and ‘bad’ it’s a crucial distinction to make, and one which has for too long, impeded the transformation of corporate behaviour by feeding the inevitability of bad culture and bad actions that have always marked out the damned. But as the report makes plain, purpose does not have to mean grand and sweeping statements of social good. Not every business should be committed to ending world hunger or stopping poverty. Not every employee should seek to find meaning in the promise that their work will clothe orphans or end climate change.

Business is, in and of itself, a good force for society – when it plays its part in the social contract. In today’s confused and disengaged world, this is critical to understand. Because somewhere along the way, ‘purpose’, has quietly transformed into a branded, shiny, inflated idea of itself: it has become aspirational, where once it was something daily, and humble, and attainable. Now, the frustrated pursuit of meaning in the world of work leaves millions dismayed by the way they spend their days, creating a social epidemic of low-productivity ennui.

A sweeping social purpose will not be core to every business, and to try to manufacture one would be both ineffectual and deeply cynical. And yet, in its contribution – to the stakeholder economy more broadly, and its specific communities closer to home – in goods, jobs, skills, IP, tax, housing, CSR etc., every business has a guiding light which gives meaning to it as an entity, and to the individuals who constitute it.

When purpose is embedded into the structures, systems and practices of an organisation, it becomes its ‘how’ – and when purpose becomes both ‘why’ an organisation exists and ‘how’ it does things, it creates that second critical principle of the 21st Century corporation: the trust on which all transactions increasingly depend.

My External Rate of Return work, currently in development with LSE and soon to be launched as an online platform, is, I believe, the most holistic measurement to date by which to measure and celebrate these different forms of social contribution – allowing businesses to enjoy the virtuous circle of socially responsible practices that create long-term value, deep public trust and loyal customers.