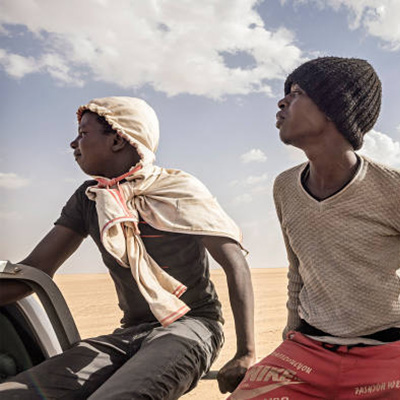 “If migration is the driver of the populism that defines the current political scene, it is demography — specifically the radically different demographic profiles of north and south — that creates both its demand and supply.”

Migration is as old as time, but today – unprecedented in its scale and volatility – it is one of the great forces of change reshaping our world.

As an incisive FT essay chronicles this week, many theories abound in the study of migration, and the populist backlash it unleashes (cultural norms trump economic status, and it is the speed of change to communities – unnoticed and unmanaged– that most fuels populist sentiment). But until now, scant attention has ever been paid to demographics – the true driver of this global mega trend in our modern context.

One camp emphasises continuity. Peter Gatrell’s The Unsettling of Europe: The Great Migration, 1945 to the Present reminds us to locate ourselves within the bigger context – specifically considering the lasting impact of the post-WW2 “unsettling” that saw 10 million Germans alone cross into newly drawn borders.

In urging us to remember that the world has long coped with human relocation on a mass scale (and perhaps can do so again), this view offers a reassuring balm to increasingly hysterical public debate – but ultimately blinds its advocates to the greater risks at play.

The other, more radical perspective – which I have long advocated – roots itself in our unique demographic moment to predict unprecedented change, as recently explored in Stephen Smith’sThe Scramble for Europe: Young Africa on Its Way to the Old Continent.

As the FT notes: ‘What Gatrell’s selected backdrop overlooks is that, for the first time, the vast movement of peoples is not within Europe but from outside and the driving force is not politics or war but the shifting of vast demographic tectonic plates’.

Only now beginning to emerge from the most explosive population growth since the dawn of time, we are waking up to a dramatically lopsided world. As Africa (‘the last great repository of population dynamism) grapples to cope with its ‘youth bulge’ – the largest youth cohort to come of age in history – old Western powers are shrinking into the frailty of age and general decline. Today, as the article notes, ‘there are nearly eight times as many under-10s in Nigeria versus the UK, despite the latter having been a land of mass immigration for the best part of two decades.’

As they hunt on new shores for the security and prosperity their nation states cannot provide, Africa’s young people present the old west with a looming crisis – but also, in their promise of entrepreneurialism, innovation and labour, opportunity.

Smith is no fatalist: though the draw of Europe is strong, he refuses to view the patterns of migration as inevitable. Africa need not lose its best minds to the West and Europe need not helplessly descend into race wars and demagoguery. With the right interventions, the right co-operation and the right policy, African states could yet reclaim their pull factor and autonomy while western nations, confronting their demographic reality,  could yet learn to manage migration as a sustainable solution.