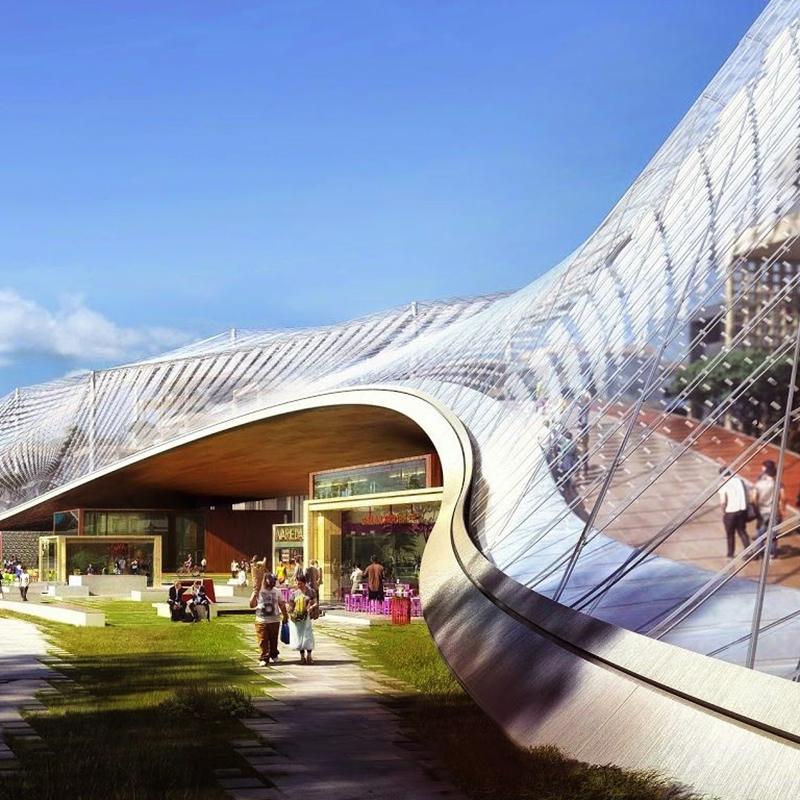 ‘NOT long ago, being the boss of a big Western tech firm was a dream job. As the billions rolled in, so did the plaudits: Google, Facebook, Amazon and others were making the world a better place. Today these companies are accused of being BAADD—big, anti-competitive, addictive and destructive to democracy. Regulators fine them, politicians grill them and one-time backers warn of their power to cause harm’

Oligopoly: a state of limited competition in which a market is shared by a smaller number of producers or sellers. So what happens when there is only one global market, increasingly shaped, determined, dependent on four businesses – for trade, politics, communication, knowledge? When they are both producer, seller, and increasingly, the marketplace itself? When the rules of competition – the rules supported by a machinery designed to prevent a world of oligopolies from dominating our economies; but which allowed Facebook to acquire Instagram and WhatsApp as they did not ‘constitute a social network’; which insists that as long as products get cheaper, the consumer only gains more – no longer apply?

2018 has already established itself as the year of the tech titan backlash, as The Economist declared on the front page of its January edition. The FANGs – Facebook, Amazon, Netflix and Google – are accused of being BAAD. So let us count the ways.

They’re big. As The Economist reports, ‘Facebook and Google are responsible for nearly 80% of news publishers’ referral traffic. In 2017 they claimed around 80% of every new online-ad dollar in America. Google dominates as much as 85% of online-search-ad revenue worldwide. When you combine the stuff Amazon sells itself with the stuff others sell using it as a marketplace, the company controls some 40% of America’s online commerce’.  Add to this that Facebook and Google are intent on connecting the unconnected world, and these figures start to look even more extreme. Mark Zuckerberg reached a new milestone to this end last year with the launch of Aquila, a solar powered high altitude plane – which may well, as Zuckerberg claims, ‘lift millions of people out of poverty… improving education and health globally along the way’; but will also certainly, as The Verge reports, ‘enable the next generation of Facebook’s services in artificial intelligence, virtual reality, and more.’

Are they anti-competitive? Facebook, Google and Amazon increasingly control the barriers to market entry. Facebook owns our world’s social graph; Amazon has more pricing information than any business on earth; Google and Amazon’s voice assistants control how people experience the internet and assume many of the mechanisms of independent consumer choice.

They routinely harvest consumer data to spot possible rivals and buy them up in a way that was never possible before; shrinking the entrepreneurial possibilities of a truly self-regulating marketplace. Facebook has just been implicated for pushing the Onavo app as a security tool  – without disclosing Facebook’s ownership or the fact that it tracks, according to its own privacy policies, your Facebook data as well as “the applications installed on your device, your use of those applications, the websites you visit and the amount of data you use”. And resistance looks increasingly futile: ‘When Snapchat rebuffed it in 2013, it responded by cloning the app’s most successful features.’ Snap’s weak share price looks to some like Hubris – a reminder of the power of Facebook and Google’s combined ad-duopoly.

And this point is critical: our anti-competitive laws as they stand – dictated, still, by legal scholar Robert Bork’s ‘Antitrust Paradox’ which prioritises the wellbeing of the consumer – may still be fit in spirit; but as long as it measures that wellbeing by price point, and not long-term costs, it’s no longer fit in application. In the data economy, we are far past that.

Without question, they’re addictive: pioneers of the new ‘persuasive tech’ designed to hack our dopamine receptors and fuel the new attention economy  – which new research suggests is having far reaching impact on our happiness, our productivity, our concentration and soaring rates of teen depression and suicide.

Bad for democracy? Even by the most generous interpretation, the rise of echo-chamber tech, optimised to mirror our preferences, has gone hand in hand with the rise of populist movements around the world. Let alone the fact of direct Russian intervention in our western elections, now confirmed by numerous security sources, or the recent scandal of ISIS videos being funded by click-through ads on  Google-owned YouTube.  Facebook’s Free Basics, which brought the internet to many in Myanmar for the first time, has been used to prepare the ground for the Rohingya massacres we are now witnessing: fake news and ethnic slurs allowed to spread, unchecked and wholly believed by their audience, until a fever pitch of deadly hatred was reached.

In all of these, they will claim, they are merely the conduits of mal-intent, not the actors. But their record of inaction, their position of deep ideological disconnection from the actions of others and the reach their platforms enable, is sinister in the extreme. It also reminds us that, in many ways, the FANGS are already a law unto themselves. They avoid the responsibility of publishers; they exploit taxation loopholes with the confidence of a mighty state; they lobby aggressively against any changes to the laws that might make them more accountable for the world they have had such a hand in. In our cash poor society, we very shortly risk reaching a point where there is no longer a question of legislating these giants effectively.

Big Media, Big Oil, Big Banks – breaking them up seemed unimaginable. But doing so drove innovation. It improved competition. It’s likely that the effort to disrupt, even if doomed, would yield value. ‘Neither IBM in the 1960s nor Microsoft in the 1990s was actually split up,’ The Economist notes. ‘But IBM had to open its platform to independent software developers and Microsoft was obliged to disclose details about the workings of its Windows operating system to rivals. Some scholars reckon this government-ordained disruption was as much of a boost to progress as any endogenous “creative destruction”.’

Either way, as so much in today’s world, our systems of regulation are unfit for the problems they exist to address. Before our regulators wake up to their inadequacy, they may find themselves outmanoeuvred by the very players who shaped the world they now struggle to find a place in.