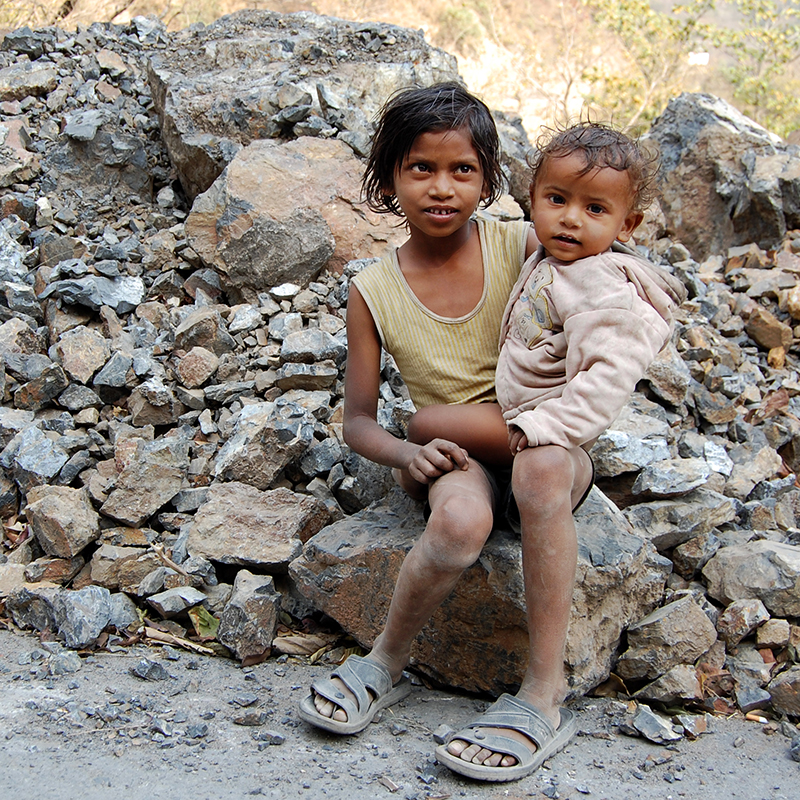 “We are nowhere near where we should be on children’s wellbeing and health given our relative wealth. In the face of a projected 50% increase in child poverty by 2020, this report should sound alarms. It is saying that unless we act, the price will be high – for our children, our economy and our overstretched NHS which will take the knock-on effects.”

The city of Flint, Michigan, was once only known for its endemic poverty levels. Today, it is better known for the lead-contaminated drinking water that has, for the last two years, poisoned its residents and produced a ticking time bomb of ill-health and psycho-social impairment in the next generation. As The New Yorker’s Sarah Stillman reports, the government’s failure to act fast enough has ensured intergenerational damage – and thousands of young people who have been offered, not additional therapies or educational support, but a clear message of failure (“‘well, they said I’m not going to be smart anyway’”).

In the UK, the health and psycho-social development of our poorest children is also in crisis – as revealed by a landmark report last month – producing millions of ‘blighted li[ves]’ and devastating economic productivity. With nearly 1 in 5 children living in poverty, the UK now has the 5th highest rate of child mortality of 19 European countries – the highest in Western Europe and double that of Sweden. The BMJ estimates that ‘eliminating child poverty in the UK would save the lives of 1400 children under 15 years of age annually’.

But what is our poison?

The myriad consequences of child poverty are estimated to cost around £29bn a year. As president of the RPCH Professor Neena Modi summarizes, a combination of maternal smoking, low breastfeeding rates, low birth weights and poor diet (among others), mean that “children living in the most deprived areas are much more likely to be in poor health, be overweight or obese, suffer from asthma, have poorly managed diabetes, experience mental health problems, and die early.  Poor health in infancy, childhood, and young adult life will ultimately mean poor adult health”.

Child deprivation and the related environmental stressors – diet, unsafe living conditions, parental strain or absence – is also strongly linked to stunted psycho-social development. As the BMJ reports, ‘two recent studies from the USA show how child poverty influences the development of specific areas of the brain that are critical for the development of language, executive functions and memory’ – causing up to 20% of the performance gap between high and low income children (JAMA Paediatrics). This may partly explain why, ‘by age five, children from the poorest fifth of homes in the UK are already on average over a year behind their expected years of development’, or why, ‘by age 11, only three-quarters of the poorest children reach the government’s Key Stage 2 levels compared with 97% of children from the richest families.22 Only 21% of children from the poorest quintile… attain five good General Certificate of Secondary Education (grades A*– C) compared with 75% for their rich counterparts.’

The UK’s current education system does little to counter such damningly stacked odds. A child living in one of England’s most disadvantaged areas is ‘27 times more likely to go to an inadequate school than a child living in one of the least disadvantaged’ (Social Mobility Commission); the CSJ’s work has revealed ‘populated areas of the country which currently operate with not one school offering A levels.’

In the UK, poverty devastates like poison. It cripples individuals; it lingers in the bones of our nation. We are abandoning these children to an unshakeable cycle of entrenched inequality. It is unacceptable. Interventions need to be earlier, smarter, and iterative – as consistently demonstrated at IDEO.org. Its latest project, Little Ripples, is reimagining early learning models for children in the refugee camps of eastern Chad.

As we negotiate the future of Britain, our leaders should remember that nothing can be more urgent than ensuring we have a generation fit to lead it.

The shame of South Sudan