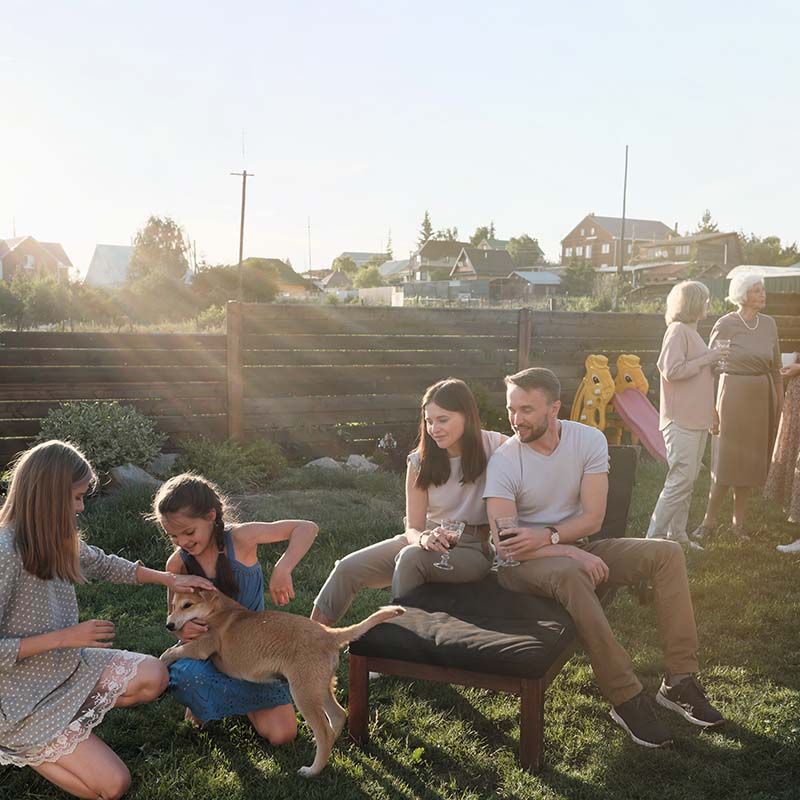 Our new government declares an interest in establishing a new era of evidence-based iconoclasm. Dominic Cummings writes that he intends to leverage the intersection of skills, fields and ideas to ‘radically improve how people make decisions in government’, and he is seeking new expertise, new approaches and ‘cognitive diversity’ to support it.

This is timely. Transformative solutions abound. But they currently languish, under-used, because evidence has not been built, communication has not been effective, and investment has not been forthcoming or properly directed.

Intergenerational housing offers a silver bullet to a web of British blights. We have 7m under-occupied homes in the UK. We have a dramatically ageing population in need of physical and emotional support. One third of older people live alone. Loneliness is now considered as damaging to health as 17 cigarettes a day. We have a growth in young single-person households, and a dramatically increasing population. We have a chronic shortage of affordable homes being built. We have a dysfunctional social care system. We have young people struggling to afford rent in opportunity-rich locations. And we have a society in desperate need of re-connection and routes to collective problem-solving.

The immediate and long-term value, on so many fronts, makes proper investment in this scheme a no-brainer. There are successful trials across Europe and there are flagship schemes piloting around the UK. So what prevents such an obvious fix gaining traction?

Positive Thinking – a new BBC series designed to find and scale high-impact solutions – recently bought together David Halpern, head of the government’s ‘nudge’ unit and Esther Foreman of the Social Change Agency to solve the puzzle.

The conversation was illuminating. To seed a new idea on mass, Halpern argues, concepts need specificity (which version works best, for who?), they need rigour (evidence), and they need mutual incentive.

The first rule of evidence-based policy is piloting. Pilots produce evidence, which garners investment, which leads to scale.  But the first barrier to intergenerational housing is that existing trials are considered too small to yield viable evidence. The trials are small, largely, because participation is small, despite the obvious benefits. This means the model needs refining, or the communication is poorly pitched and disseminated. Or both.

Many versions of intergenerational living models exist. All exchange a social contract for low rent. But many versions abound. In some cases, young move in with old, going rent free in return for prescribed hours of company and support each week. In other European models, old and young tenants occupy shared housing blocks, with each young person paired with up to four elderly people. Some initiatives match pairs with the precision of a dating app. Others mandate on financial need. Some look like proxy social care; others like simple companionship. The confusion about who gets what creates cynicism.

More powerfully, the narratives that cluster in the negative space of passive communication do little to improve understanding or foster curiosity. Share and Care or other similar models look and feel more like crusty social care programs than disruptive co-living for smart millennials.

The UK – recently found to be one of the world’s most age-segregated societies – also suffers from entrenched ageism in a way the continent does not, and never more so than in our post-Brexit climate. Positive Thinking consistently heard elderly people convinced that living with youngsters was as good as inviting a drug-using delinquent to cross their threshold; young people were convinced they were moving in with a racist, demanding Brexiteer.

Both challenges lead to fewer applications, fewer opportunities to refine the models, less high quality evidence recouped and shrinking hopes of investment. And so the cycle continues.

Communication is also a challenge when it comes to understanding government resources available. The £98m ‘better ageing’ fund exists for exactly these issues – but most of it currently goes on pharma or end of life care. Not preventative (i.e. producing long-term value) or truly innovative. But the piloteers themselves don’t know what’s available to them. Redirecting resource to its intended recipients would improve pilots, evidence and re-investment – again creating a virtuous cycle.

Shifting behaviour, as Foreman knows, begins with the right frame. A positive narrative of mutual gains is the starting point. Second is the ‘deep storytelling’ which systematically finds and amplifies individual stories of success. Third is strategic dissemination which reaches likely participants through a spectrum of channels and spokespeople. Up the engagement. Improve the scope of trials. Refine the models. Improve the evidence. Gain investment. Scale.

‘We know a lot’, Cummings writes, ‘about successful communication but very few organisations use this knowledge and most base action on false ideas. E.g political parties spend millions on spreading ideas but almost nothing on thinking about whether the messages are psychologically compelling or their methods/distribution work’. In this instance, this would seem undeniably true. Fresh expertise and a holistic approach could quickly scoop the low-hanging fruit of this untapped goldmine.

Rethinking dementia: care in the community

The art of war