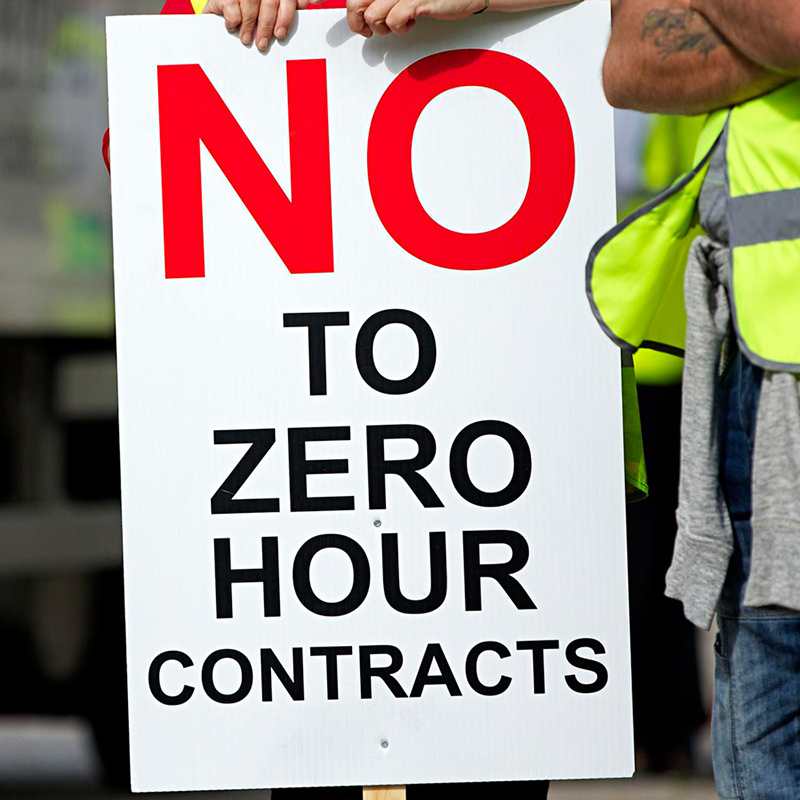 ‘What happened to Borland and her co-workers may not be as dramatic as being replaced by a robot, or having your job exported to a customer service center in Bangalore. But it is part of a shift that may be even more historic and important—and has been largely ignored by lawmakers in Washington. Over the past two decades, the U.S. labor market has undergone a quiet transformation, as companies increasingly forgo full-time employees and fill positions with independent contractors, on-call workers or temps—what economists have called “alternative work arrangements” or the “contingent workforce.”’

For politicians on both sides of the pond, the ‘gig’ or ‘sharing economy’ offers a short-hand for the big story of 21st century work, and the seismic, still unpredictable, shifts remaking it. It’s also offers the mind’s eye a new kind of worker: the flexible, multi-portfolio (likely, millennial) employee, choosing freedom over certainty, rejecting the nine to five. Today, as legal proceedings against Uber march onward through European courts and driver protests become the norm, we’re more likely to satirise the ‘involuntary gig worker’ and debate the rights of Deliveroo drivers than we are to celebrate Britain’s progressive working arrangements.

But as Politico magazine explores in a series of in-depth pieces this month, this debate disguises a much bigger story of modern employment for which politicians have no neat catch-phrase: the millions of people forced into ‘contingent’ employment as the long-standing social contract – a living wage, basic healthcare, workers rights – is pulled from under them after decades of steady employment.

We explore the case of medical transcriptionist Diana Borland of Pittsburgh Medical Centre; one of hundreds fired and rehired overnight, after 25 years, to find her salary slashed from $19 to $6.36 per hour – ‘roughly 6 cents for each line she transcribed’. Between 2005 and 2015, the number of US workers in traditional employment fell by 400,000, and the number of people in ‘alternative employment’ rose by 9 million, totalling 16% of the entire US workforce. ‘All net job growth in the American economy,’ as Politico reports, ‘has been in contingent jobs’. For all the hype around the gig economy, it accounts for barely 0.5% of the US workforce, and, ‘at most 10 percent of the labor market shift over the past 10 years’.

For these workers, there is no alternative and no protection. Made contingent, they fall into an unlegislated vacuum: accept the terms, or lose your job.

At 4.3% official UK unemployment rates might be the lowest since 1975 (and highly contestable in light of ONS’s  finding 14.5% of all British homes are workless), but underemployment – where people cannot get enough hours to earn a living salary, sometimes even within a full time role – is double the rate of unemployment. Since 2000, just 12.3% of job growth was created through full time employment. In the same period, zero-hours contracts grew by 400%, and self-employment of some form by 47.6%.

This, as Politico argues, is the ‘real future of work’: not automation-led redundancy, but mass underemployment, instability, and vulnerability. And this future is already here.