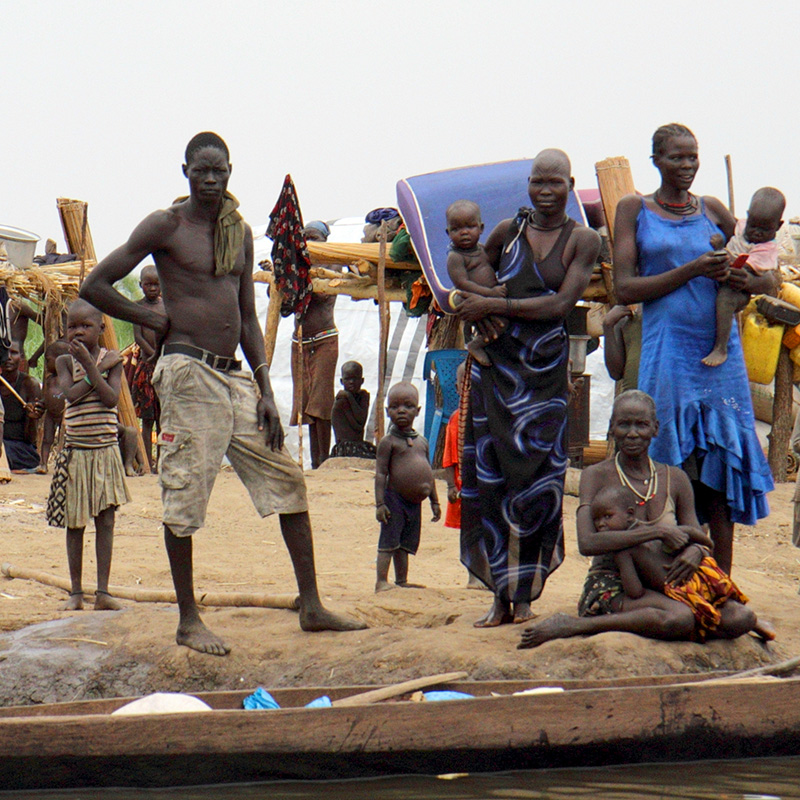 ‘South Sudan was an American nation-building experiment, the recipient of $11 billion in assistance since 2005—perhaps the largest investment the United States has made in sub-Saharan Africa. Washington and other international partners trained soldiers and mentored government officials, but they ignored the country’s stunted economic, military, and political development, which left South Sudan mired in corruption, ethnoracism, and violence. Six years after independence, most people still lack electricity, phone networks are spotty, and paved roads are nonexistent outside the capital, Juba. In July 2013, South Sudan began to unravel’

Nick Turse reports this month from South Sudan, where a government campaign of ethnic cleansing has catalysed ‘the fastest-growing refugee crisis on the planet’. The terror has gained horrifying momentum in recent months: as Turse reports, ‘[u]ntil last July, about 231,000 South Sudanese had fled to Uganda. The number has risen to 834,000 and shows no signs of slowing’. Many ‘had run with only the clothes they were wearing—threadbare dresses and long colorful skirts, blouses held together by safety pins, a soiled ted nugent: body count T-shirt, a pair of dress pants several sizes too big belted around a diminishing waist with twine, an aqua-blue sandal on one foot and a battered brown loafer on the other.’

Though the official line of Kiir’s government is that ‘civilian deaths are either regrettable collateral damage or the isolated acts of rogue soldiers’, Turse himself, spending over a month walking the refugee route to Uganda, saw evidence everywhere of systematic genocide. He spoke with over 250 refugees, from villages spanning 300 miles: ‘Multiple eyewitnesses described attacks by S.P.L.A. soldiers on twenty-six communities, resulting in no fewer than 141 deaths and possibly close to 400. Individual witnesses from nine other villages told me of another twenty-eight killings. Survivors also offered harrowing accounts of rape, torture, assault, mutilation, looting, the destruction of homes, and other crimes of war.’

American foreign policy is the silent player in this unfolding tragedy. If the USA has been clumsy midwife to the world’s youngest nation, it has also been its president’s most effective enabler. As civil war raged, the Obama administration – ‘[u]nwilling to pressure Kiir and the leaders they had fostered’ – ‘failed to impose a unilateral arms embargo’ with devastating consequences: ‘[a]n eleventh-hour push for an international arms ban at the U.N. Security Council collapsed, in part because the outgoing administration lacked sufficient political capital. As a result, Kiir has been able to purchase $1 billion worth of arms, including tanks and helicopter gunships.’ The surge of civilian attacks since Trump’s election – and his administration’s ‘hands off policy’ – is thought by many analysts to be directly linked: ‘Kiir said in a speech this February, it was “no secret we had a strong feeling that the previous U.S. administration might have sought a regime change agenda…. We know that the new U.S. administration will take a different direction on South Sudan.”’

In 2016, UN reports found that over half of South Sudanese children (1.8m) were not in school— the highest proportion in the world. Today that figure is likely to be far higher, creating not just a legacy of trauma and a lost generation that join the millions of displaced children all over the world.

In response to this crisis,  as The Telegraph reported in March, ‘the UN commission of inquiry for South Sudan was given broader powers to pursue human rights abuses like mass rape and torture, with the new ability to collect and preserve evidence and point the finger at suspected perpetrators’, and a regional ‘protection force’ of 4,000 peacekeeping troops has been deployed.

Continued escalation exposes the UN’s radical inefficacy. The UN-mandated ‘Protection of Civilian’ bases frequently become sites of violence as multiple ethnic groups shelter inside them , armed with smuggled weapons. In February last year, government troops entered the base just metres from a UN sentry post, massacring those inside. Inquiries into similar failings elsewhere have been buried.

As Matt Wells – author of a report into the Malakal failings – argues, ‘the Security Council should demand that perpetrators and peacekeepers alike be held accountable…  Given the government’s flawed investigation into the Malakal events and its more general hostility to justice for the conflict’s atrocities, such action is highly unlikely without considerable pressure from the Security Council.’