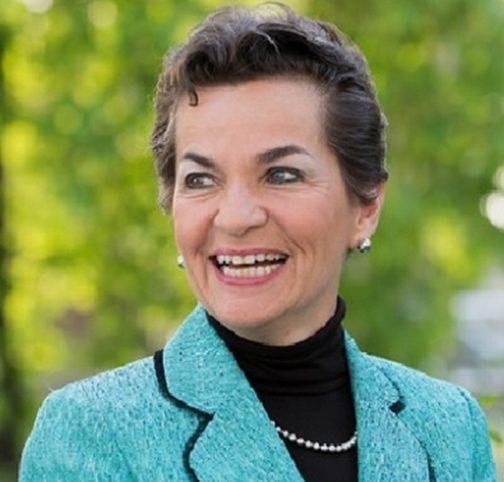 Christiana Figueres is the force behind the historic 2015 Paris Agreement and convener of Mission 2020, which seeks to bend the global curve on greenhouse emissions by 2020. She is also a self-declared “stubborn optimist”, which she credits as the root of her astounding success on a path that has led so many to failure.

“Optimism” she argues, “is not the result of success, it is the starting point of success.” Our current government, who insist on the power of positivity, would likely agree. But in the business of belief, what is the difference between success and failure?

Those closest to her work, and Christiana herself, know the answer lies in one word: mutuality. For Richard Black, director of the Energy and Climate Intelligence Unit, this was a fundamental change of approach. “This whole thing was revived in Cancun, really, by you and Patricia Espinosa. And it was a very different dynamic – it was very consensual, very bridge building.”

Christiana does not practice blind hope. She practices bridge building. In the decarbonised economy, she envisions a future that’s better for all, not just the few. In its capacity to radically reset the dial on equality, innovation and accessibility, she sees abundance, not restriction. In her pragmatic inclusiveness, she breaks down moral battle lines that stymy dialogue and progress. By embracing daunting realities and diverse perspectives, she lays down the roots of resilience. In her refusal to wallow in historic blame, she turns our collective gaze to the future.

This is not political bombast that fixes itself blindly on the sunny uplands, regardless of circumstance. It is not a method by which to silence critique, ignore truths, or drown out debate. This is leadership for today’s world, built on empathy that can bridge division and build common ground. It is the underpinning of all change and all hope, and it is a vanishing skillset among our political leaders, whose blinkered bluster rejects every lesson of change Christiana imparts.

But our sources of hope rarely come from our elected officials. More often, they come from the edge; from the self-appointed change makers who, like Christiana, know instinctively what it is to become a bridge between people, worlds and futures.

Consider Dr Pauli Murray: the long-overlooked pioneer of the civil rights and gender equality movements, who set about forging the legal precedents that would be their foundations 20 years before they began in earnest. Descendent of slaves, slave owners and abolitionists; transgender; peerless in her intellect; trailblazing lawyer; first female Episcopal priest – she embodied possibility where others saw deadlock. In demonstrating the logic of justice that must apply equally to all, she made resistance indefensible. In breaking every limitation placed on her as a condition of her birth, she created the platforms to liberate others.

Murray’s legacy, and those of so many others, continue to strengthen today’s most important movements. Read more about Ashoka’s change makers, developing a new generation of social leaders with empathy and impact at their heart.