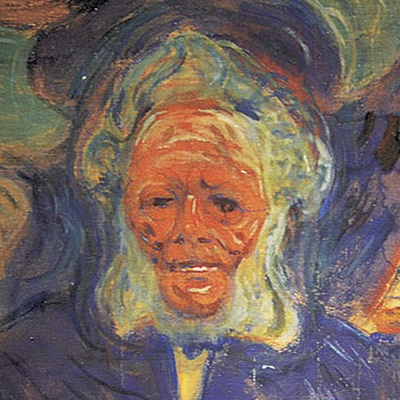 In Ibsen’s little performed play Rosmersholm – little performed because it was considered too radical for 1886 Sweden-Norway – two idealistic lovers contend with lost faith against the backdrop of a democracy hijacked by those who would twist populist rhetoric to tragic ends. Its recent revival on London stages this summer and the critical acclaim it received is no coincidence – mirroring back to us as it does our own sorry circumstance with the edifying distance of time and the catharis of tragic form. When things seem bleak, it helps to recall, our problems are rarely as unique or surprising as we assume them to be, and human folly is not just an invention of our own era’s making.

But such reminders from history are also a rebuke. Once again, we appear to have neglected to do the proper work of history – to ponder what has been, so that it may not be again. A timely intervention this weekend then from Simon Schama, whose FT Long Read Who really speaks for the people? echoes the major lessons of this stark Scandinavian tragedian and urges our attention to be both wider in scope and keener in vision.

First: democracy untwined from adequate education quickly slides into demagoguery. It suits us to forget that the Enlightenment world in which liberal democracy was shaped unthinkingly assumed that the pursuit of knowledge would always be a pre-condition of civic participation. Today that pre-condition is barely an after-thought and our education systems are crumbling.

Second: language is the most important tool in the demagogue’s arsenal. As Benjamin Constant observed in 1815, people have always been prone to ‘get drunk on certain words’; and ‘provided they repeat these words, the reality matters little to them’.

For Simon Schama – a man whose own vocabulary should put all of ours to shame – the war of words currently being deployed with such knowing effect at the highest levels of government is part of a bigger act of iconoclasm.

In ‘casting political argument, as promised in the next British general election, as “people versus parliament”, the “will of the people” versus “the elite” or, in the US, the fiat of the president against “Washington”’ he writes, these leaders are laying bare the true spirit of populism: to destroy the ‘traditional restraining institutions they unapologetically hold in contempt’; to ‘shift the locus of popular sovereignty from representative institutions to an instinctive communion between charismatic leader and masses of citizens, orchestrated in rallies of the infuriated, brought together in the shouty echo-chambers of social media, and rehearsed in adulatory talk shows on radio and television.’

If education is the bedrock of functional democracy, Institutions are the structures on which it is built and sustained. The supreme court, parliament, the US constitution – the things thrown into such ready contempt in recent weeks – embody the rule of law without which we have no freedom, no protection, no equity, no justice and no progress.

Confronting us is the choice between two versions of democracy and the two worlds they determine: ‘the direct, populist version in which the leader’s version of the popular will is paramount, or representative constitutionalism in which the executive is restrained by legislative vigilance, critically scrutinised by free media and held accountable by an independent judiciary charged with upholding the universally applicable rule of law.’

Furthermore, Schama reminds us, the tipping point between these worlds is well etched in history – if we care to look. When institutional ‘checks and balances’ are eroded, terror becomes entirely feasible. But he ends with hope. The pillars of democracy – the free press, the elected legislature and the independent judiciary – are clinging on and fighting back: from the courageous stance of The New York Times and the Washington Post to the unflinching judgements of the Supreme Court on prorogation.

In enlightened business, we have the opportunity to add another pillar. In the vacuum that confronts us, there has never been a greater moment of opportunity or obligation for corporate leaders to step forward as citizens of an interdependent world, ready to hold power to account and strive for better.

The Fix: the new politics of design