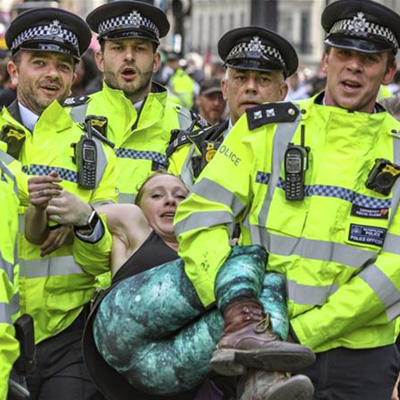 April has been the month where London saw climate grind capitalism to a halt. However fleetingly, however transient, numerous bodies glued in protest to the walls of London’s financial centres and the ominous silence of Oxford Street – transformed, this last fortnight, from an artery of consumerism into a post-apocalyptic camp for climate refugees – reminds us that time will soon be up on business as normal. But what will replace it?

The future of work, transforming at pace under the pressures of technology, demography and climate change among others, is an issue plagued by much talk and little action. Partly, paralysis stems from ambiguity; it’s thought that around 60% of future jobs don’t even exist yet. But thanks to substantial pieces of recent research by organisations like Nesta and Pearson, blending the best of human expertise and AI, we have an increasingly clear picture.

We know that a vocational or traditional approach is no longer enough (only one tenth of existing jobs are expected to grow over the next decade) meaning a skills-based approach, nurtured through life-long learning, is the only way forward. Interpersonal skills (‘teaching, social perceptiveness and coordination, as well as related knowledge, such as psychology and anthropology’), higher order cognitive skills (‘originality, fluency of ideas and active learning’) and systems-skills (‘the ability to recognise, understand and act on interconnections and feedback loops in sociotechnical systems’) – judgment and decision making – will be the high-value skills of the future economy. These skills, which cut to the core of what it means to be human – creativity, problem solving, collaboration and communication – are what the Pulitzer-winning Thomas L. Friedman calls ‘the massive, undervalued human assets to unlock.’

If this is possible, and we can hone these skills to their maximum advantage, the research is optimistic: we may not lose hundreds of millions of jobs to AI, but rather see them evolve into new, higher functioning versions. If we cannot develop these skills at every level of our global community, in the limited time we have to do so, then the future is one of desperate, unbridgeable inequality. The rarefied elite will race ahead, while the paths to prosperity close to low skilled workers around the world. But even in advanced economies, experts currently see a 40 year knowledge gap between new need and existing educational practice.⁠ Every country will eventually need to equip their populations with these skills – and the need will arrive faster than we think.

For a long time, this has been the uncomfortable truth no government has been willing to touch. But now, like the Extinction Rebellion gathering momentum, currents of change are crystallising into action.

Unreasonable Group is one of the most significant change agents working in the world today. They are impatient for impact, and they make it happen. By investing in the  most promising growth-stage entrepreneurs ‘positioned to bend history in the right direction’ they are unlocking the potential of transformational technology to combat the world’s biggest problems. Through powerful partnerships, they’re tackling literacy, poverty and climate change. Now, with the launch of Unreasonable FUTURE, they’re tackling the future of work – ‘aligning the promise of leading edge technologies with the future of inclusive work and social equity.’ This is not, as they say, another ‘corporate-backed accelerator’. This is movement building, with purposeful investment at its heart. In a world so very short of time, this is a model of hope with much to teach.